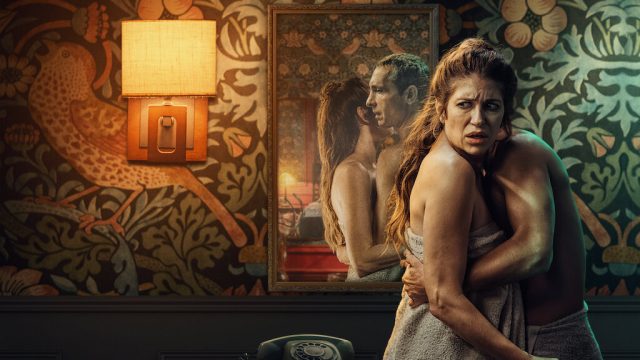 Netflix has really been on a roll the past few years, releasing a ton of foreign horror films and series (not that we are complaining). There’s a new movie headed your way that you might want to add to your watch list, the Spanish horror-thriller Two (aka Dos).

The movie centers on two strangers who wake up together to find themselves connected at the abdomen. They have no recollection of how they got to the mysterious room they find themselves in and growing increasingly suspicious of each other. They must connect the dots to find out how to get out of their new hell.

Marina Gatell (Little Ashes) stars alongside Pablo Derqui (Julia’s Eyes) in Two, from brilliant director Mar Targarona, who was behind 2007’s The Orphanage and 2012’s The Body.