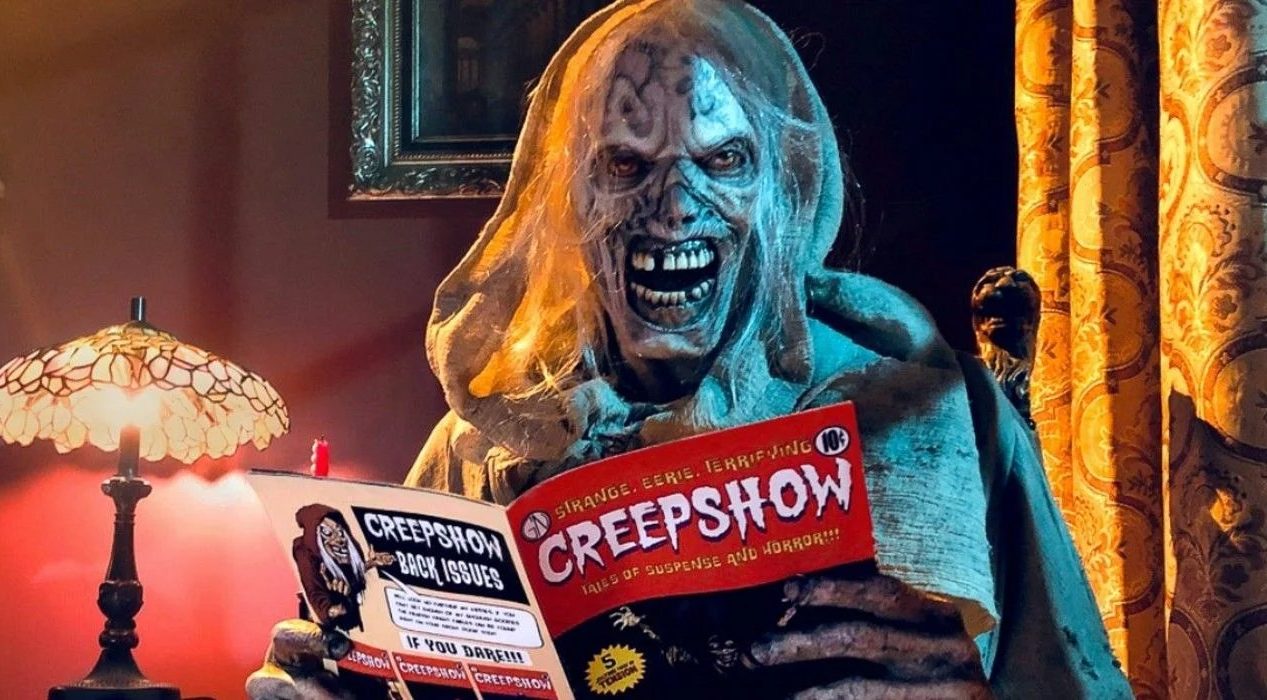 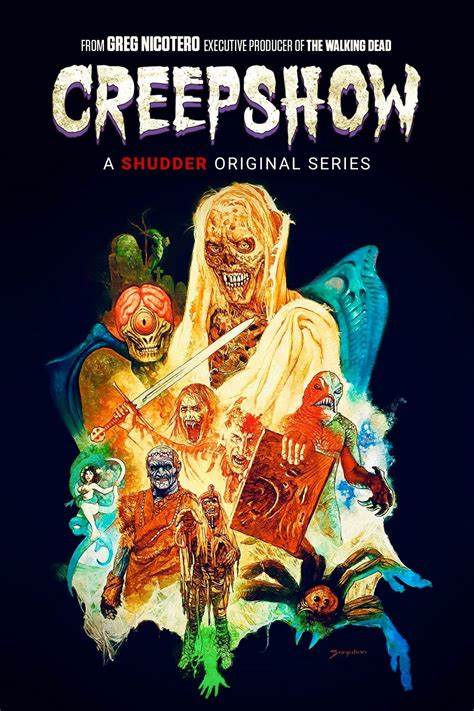 Shudder, AMC’s streaming service for horror and thrillers continues to kill it with original movies and shows including their hit anthology series “Creepshow” whose second season is heading to Blu-ray and DVD this December.

Season two takes horror to a whole new level with episodes starring some of the biggest names in the genre including Ted Raimi (“Buddy Thunderstruck”, “Ash vs Evil Dead”), Ali Larter (“House of Haunted Hill”), Josh McDermitt (“The Walking Dead”), Ashley Laurence from the Hellraiser franchise, Keifer Sutherland of The Lost Boys. and so many more.

Taking a look at the Blu-ray cover, by artists Sanjulián and Rich Hilliard, we see “Creepshow’s” iconic ghoul along with several of the monsters that make an appearance this season.

This season we get five terror-filled episodes featuring everything from classic monsters to deadites, with each episode featuring two twisted tales. As always, horror is front and center in the series along with laugh-inducing escapades, and buckets of gore, but many of the episodes seem to also feature aspects of karma. From a mean uncle to a rude TV host, those who do bad things in “Creepshow” tend to get what’s coming to them.

I really enjoyed season one, but season two really steps up and delivers a ton of laughs and horrors while honoring horror classics, and giving nods to pop culture icons, like Bob Ross, and the movies and characters that helped mold horror into what it is today, like Dracula, the Mummy, and the Creature from the Black Lagoon.

It’s a hard choice, but out of all the episodes, my favorite has to be the first episode. The first tale, “Model Kid,” follows a boy who is orphaned and will be raised by an abusive Uncle and his wife. An item ordered from a Creepshow magazine solves the problem. What I love so much about this installment of the anthology is that the little boy reminds me so much of myself. He’s obsessed with horror and it made me think back to the early days I had not only falling in love with the genre but when I was making the discoveries of new characters and classics. It hit me right in the feels. I think all hardcore horror fans remember that high. It’s something we still chase to this day, only now it is harder to find truly great films.

In the second video, “Public Television of the Dead,” Ted Raimi stars as himself and goes on an antique show to find out what the Necronomicon is worth. Of course, things go off the rails, and it is up to a badass Bob Ross-like character to save the day. Somehow, they captured the vibe from Evil Dead and gave us a new story, which I would be happy to watch as a full-length feature film, just saying. And the effects, they nailed it. Deadite Ted Rami looked like he stepped right off of an Evil Dead set.

Other episodes include “Dead and Breakfast/”Pesticide”, “The Right Snuff/”Sibling Rivalry,” “Pipe Screams/”Within the Walls of Madness”, Night of the Living Late Show.”

The second disc includes a ton of great special features including A Christmas Holiday Special that tells the story of a confused man who seeks answers at a Shapeshifters Anonymous meeting where the members must team up to save themselves from a killer Santa Claus.

RLJE Films will release “Creepshow Season 2” on Blu-ray and DVD on December 7, 2021, just in time for Christmas.