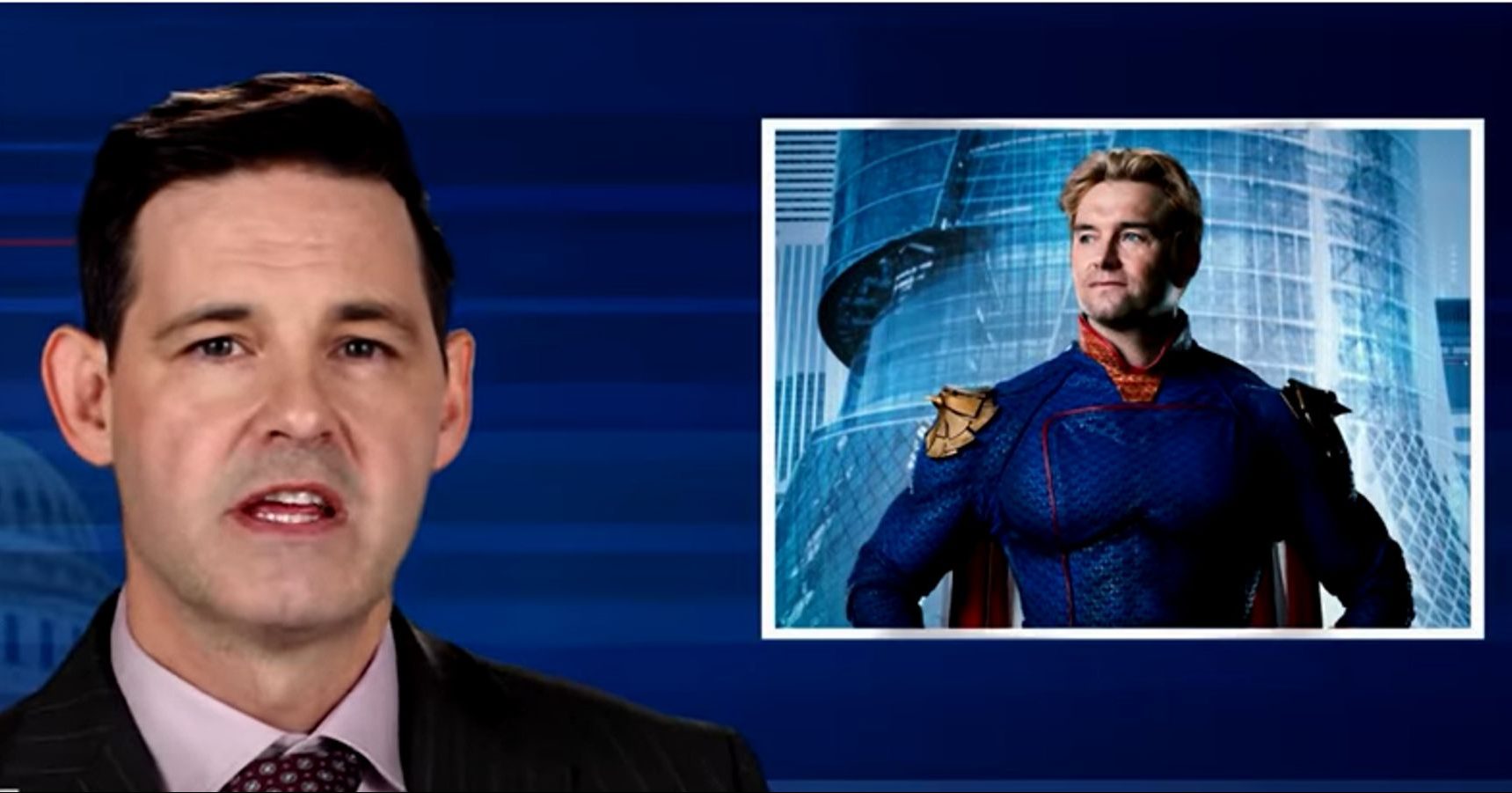 A new video has landed that plays out like a nearly nine-minute news segment from the Vought News Network, hosted by Cameron Coleman. A lot of new details are revealed during the report, so let’s break it down.

First, we hear about the Hero Draft, then we get new details about the upcoming spin-off which will include stars Jaz Sinclair (“Chilling Adventures of Sabrina”) and Lizzie Broadway (“The Rookie”). It is set at Godolkin University for superheroes that is also run by Vought. The still-untitled series will explore the lives of the supes who are in constant competition to be the best as their physical, sexual, and moral boundaries are put to the test and they fight for the best hero contracts across the country. Previous alums of Godolkin include Queen Maeve, The Deep, and A-Train.

Next, we learn about heroes, Termite and Blue Hawk who are new this season. The reporter grills Hughie (Jack Quaid) about the FBSA and their “hate of superheroes.” Who could blame him with everything we have witnessed in the first two seasons? Starlight (Erin Moriarty) is hosting a new reality show that features supes competing for a spot on the Seven. Then we hear the reporter come to the defense of Homelander, who fans know in reality is an evil villain. This is season is going to be a busy one for the supes.

“The Boys” is based on Garth Ennis and Darick Robertson’s best-selling comic.  The series follows a group of superheroes labeled “The Seven” which is run by Vought International. Behind their friendly faces, they are in reality, shallow celebrity-types who get away with a lot of unspeakably corrupt acts. This season we’ll be introduced to Vought’s previous team from before the Seven were formed.