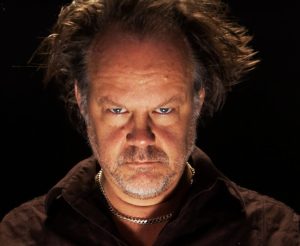 Filmmaker Larry Fessenden, who has delivered horror films such as The House of the Devil, Wendigo, Stake Land, and the film The Transfiguration, is teaming up with The Museum of Modern Art for an exploration of his contribution to the world of film. Titled  “Oh, The Humanity! The Films of Larry Fessenden & Glass Eye Pix”, the event will run from March 30th through April 19, 2022, featuring 26 feature films, shorts, and oddities in theaters and online.

Glass Eye Pix, the New York independent production shingle headed by art-horror auteur Larry Fessenden, is pleased to announce that a retrospective of 26 feature films along with numerous shorts, animations, and early works created during its 37 years of operation, is being presented by The Museum of Modern Art (MoMA) March 30 through April 19. The run of films will be hosted by Fessenden and many of the directors who have participated in the Glass Eye Pix mission to support “individual voices in the arts.”

Fessenden will be unspooling all feature films he has helmed: No Telling, Habit, Wendigo, The Last Winter, Beneath, and Depraved, each of which grapples with the intersection between horror, societal collapse, and self-betrayal. Fessenden’s movies from the 90s pioneered the idea of “personal” horror that is now a staple of the genre.

Along with Fessenden’s oeuvre, the retrospective will feature works by celebrated directors Kelly Reichardt (River of Grass, Wendy, and Lucy), Ti West (The Roost, The House of the Devil, The Innkeepers), Rick Alverson (The Comedy), and Jim Mickle (Stake Land), all of whom made first or second movies at the production company with Fessenden producing, exemplifying the mentorship that has come to define Glass Eye Pix. Films by up and coming auteurs will also be featured, including Ana Asensio’s award-winning Most Beautiful Island, Jenn Wexler’s The Ranger, Rob Mockler’s Like Me, Mickey Keating’s Darling, Ilya Chaiken’s Liberty Kid, Joe Maggio’s Bitter Feast, Glenn McQuaid’s I Sell The Dead, the hallucinatory I Can See You by Graham Reznick and the wildly experimental B&W-s8mm-Sci-Fi-futuristic-Robot-movie Automatons by James Felix McKenney.

A highlight of the series will be the New York Premier on April 2 of the latest film from Glass Eye Pix by Fessenden’s son: Foxhole by Jack Fessenden. Unfolding over 36 hours in three separate wars – The American Civil War, World War I, and Iraq – Foxhole follows a small group of soldiers trapped in a confined space as they grapple with morality, futility, and an increasingly volatile combat situation. The film is remarkable for its structure, but also its concern with classic themes of honor, sacrifice, camaraderie, and cowardice. Foxhole is the follow-up feature after Stray Bullets (2016, also playing at MoMA) from the younger Fessenden, who was 19 years old during the shoot in August of 2019.

Along with the in-theater fare, the retrospective will also present an online program featuring the works of long-time Glass Eye Pix collaborator Beck Underwood, whose animated shorts will delight connoisseurs of the gently macabre Brothers Quay and Jan Švankmajer. Underwood will be presenting various films, including There In Spirit, An Exquisite Task, Perfectly Perfect, as well as Uncle Ben, which was made in collaboration with the artist Melissa Stern. Also on offer, select shorts from the Underwood-curated Creepy Christmas Film Festival: Glenn McQuaid’s Swollen Archive, Larry Fessenden’s Wild Ride, and Merrill (along with Maud, Sam, and Gareth) Rauch’s The Souvenir.

The online program also presents two behind-the-scenes documentaries about the making of the Glass Eye films No Telling and Stray Bullets as well as two feature-length docs produced through the company: one by Matt Kliegman entitled Markie in Milwaukee, a deeply affecting portrait of a Midwestern evangelical preacher contemplating a transition from Mark to Markie; and Birth of the Living Dead, a historical documentary by Rob Kuhns about the making of George Romero’s seminal zombie picture Night of the Living Dead. Also available online: the ambitious hand-drawn animated short by Glass Eye collaborator James Siewert entitled The Past Inside The Present. And there are other unexpected shorts and oddities from the archives: s8mm movies from the ’70s by Fessenden, collaborations with performance artists David “The Impact Addict” Leslie, and a featurette from the 80’s made with performer Heather Woodbury called Hollow Venus; Diary of a Go-Go Dancer.

“I am honored to have our collection of films recognized by such a venerable institution as MoMA. While I get to have my name in the title of this retrospective, it is, in fact, a celebration of all the artisans who have worked under the Glass Eye banner over the years: the fellow producers, crew members, actors, sound designers, graphic artists and of course the directors and writers, many of whom collaborated on more than one project and in different capacities, in different roles, telling original stories that are personal and vital in many disparate genres and mediums, created under one production shingle with the philosophy that art matters. It means a lot to have our small corner of show biz enjoy a brief moment in the spotlight.” Says Fessenden of the program.

You can find out more about the program and get your tickets on the programs’ official website.

← Prev: Coming Of Age Horror 'We’re All Going To The World’s Fair' Gets New Trailer Next: Check Out The Second Batch Of Games From Anthology Horror 'Dread X Collection 5' →