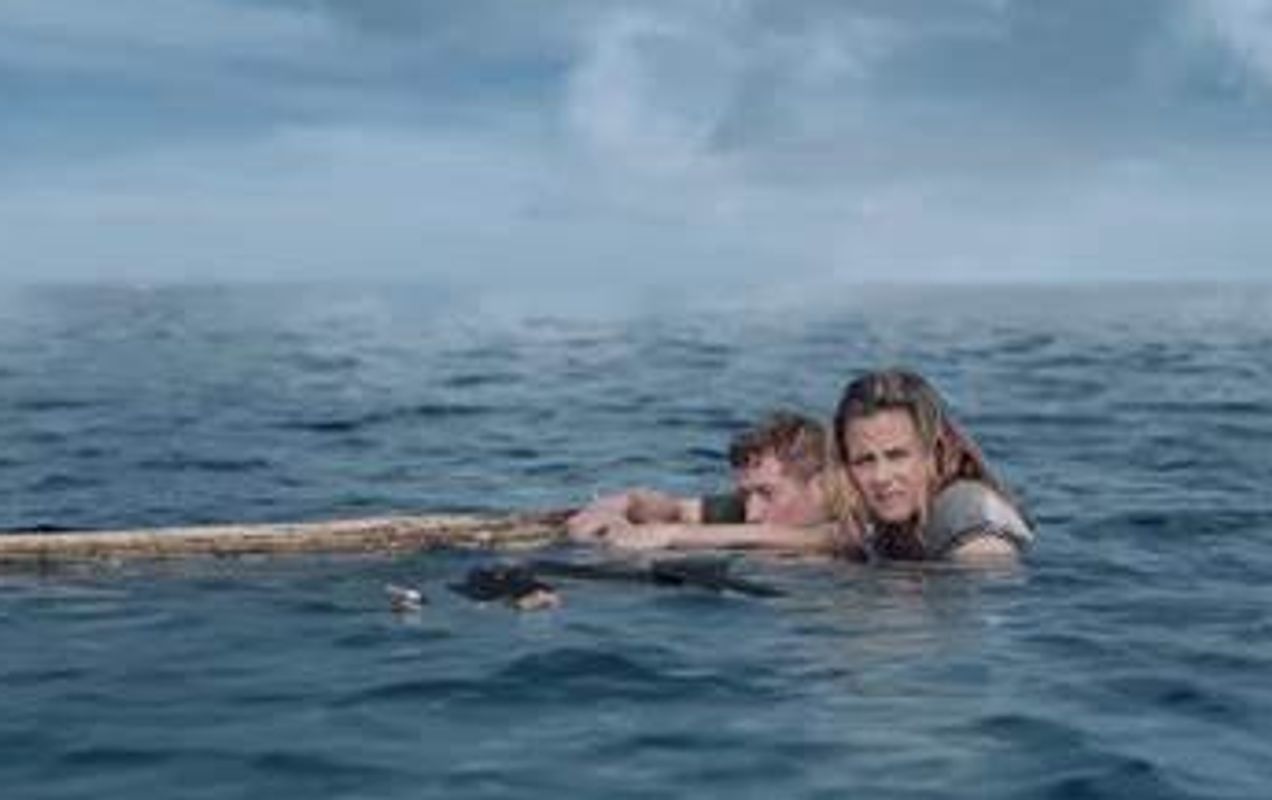 When I sat down to watch director Le-Van Kiet’s shark movie The Requin I was banking that it would be a decent movie, after all, it stars Alicia Silverstone and James Tupper. Well, let’s just say I was more than disappointed.

In the movie, “There’s terror in paradise when Jaelyn (Alicia Silverstone) and Kyle (James Tupper) arrive at a remote seaside villa in Vietnam for a romantic getaway. A torrential storm descends, reducing the villa to little more than a raft and sweeping the couple out to sea. Suddenly, another danger appears a school of great white sharks. With her injured husband watching helplessly, Jaelyn must battle the deadly predators alone in this tense thriller that rides an unrelenting wave of fear.”

First off, the dialogue is awful. Silverstone’s character’s nonstop whining (like a toddler) was so f*cking annoying I was cheering for the sharks. In fact, I’d rather kiss a great white on the lips than be stuck on a raft with Jaelyn (Silverstone). Jaelyn’s husband, Kyle was not particularly filled out. It’s like he’s just there for looks. They are both just unlikable. And Jesus, they make a lot of moronic decisions, like setting their room on fire for instance. These people are clueless (See what I did there?).

The special effects are laughable. The sharks in Sharknado are more realistic. And the Blood? We get both practical blood and CGI blood. The practical looked nice but the CGI? Just wow. Why would they not use the better of the two throughout the movie? It’s so bad.

The cinematography was strange. One minute we see beautiful scenes of the sky, ocean, and gorgeous underwater life, and the next minute everything goes cheap and ugly, it’s like two very different people were behind the camera. The frequent dream sequences are a mix of a dark heartbreaking glimpse at Jaelyn’s labor and misty pretty fantasy-type ones. But it came across as odd like the director and cinematographer were just experimenting.

Another issue is the movie’s believability. Suspension of disbelief only goes so far. I could not figure out how in the hell did the room stay afloat? In real life, it would have sunk quickly. I could go on, but it would take too long.

The story was decent, but thanks to the dialogue, obnoxious characters, terrible effects, and bad cinematography, its potential was wasted. I tried to like The Requin, I wanted to like it. But I can honestly say it does not have one single redeeming quality. It’s up to you if you want to sit through this waste of a film. If you still want to watch it, it’s out on Blu-ray and DVD on March 29, 2022, from Lionsgate. Just don’t say I didn’t warn you.

← Prev: Four Serial Killers Still On The Loose (Part I) Next: Jennifer Tilly Returning For Season 2 Of "Chucky" →