Italian/French coproduction Dark Glasses (AKA Black Glasses; Occhiali Neri, 2022) is the latest from Dario Argento, and while it isn’t quite a return to form for the legendary director, it is arguably one of his better later-career offerings. High-end call girl Diana (Ilenia Pastorelli) loses her sight when she is pursued in a car chase by a serial killer who targets sex workers, and her vehicle crashes into another, blidning her and killing the parents of young boy Chin (Andrea Zhang). She visits him at the nunnery for orphans where he stays until placed with a foster family, and he escapes to live with her illegally. Naturally, the murderer is still pursuing Diana, which puts both her and the boy in peril. There are no surprises in Dark Glasses other than an eerie opening sequence involving a solar eclipse. After that, it’s pretty standard giallo/slasher fare, and not as stylish as viewers might hope for Argento’s first film in a decade. Still, Pastorelli gives a nice lead performance, and there’s enough head-scratching choices from Argento and his screenwriting partner for this film, Franco Ferrini — from a seeing-eye dog who doubles as an attack dog to a from-out-of-nowhere snake attack scene — to keep things amusing. 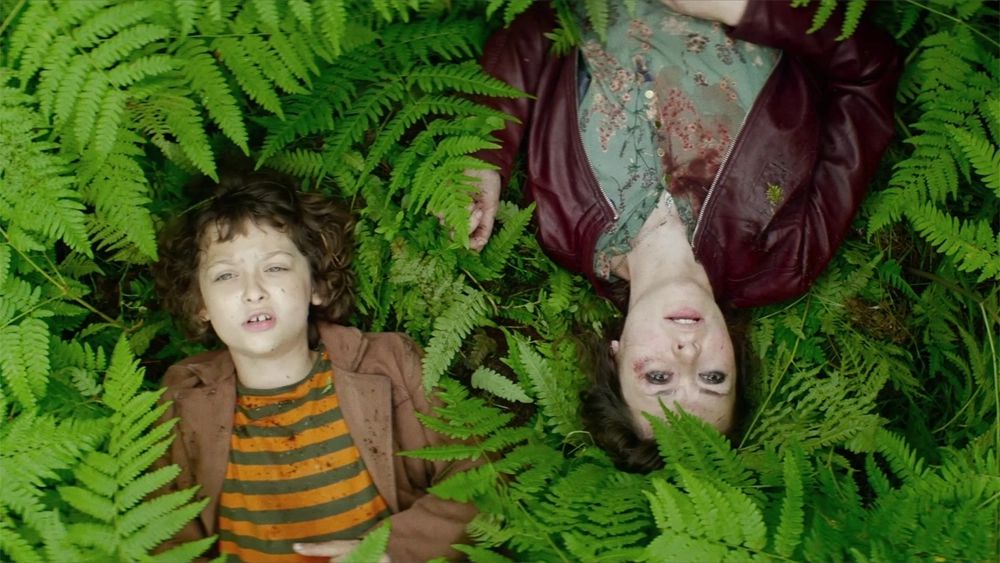 No Looking Back (Otori i vybros; Russia, 2021), director Kirill Sokolov’s follow-up to his highly acclaimed 2018 debut feature Why Don’t You Just Die!, is an often breakneck-paced, violent action comedy that serves up poignant elements with its pedal-to-the-metal, tree-to-the-face proceedings. Olga (Viktoriya Korotkova) has just been released after a four-year stint in prison and she wants to claim her equally headstrong, foul-mouthed, preteen daughter Masha (Sofya Krugova) from her own mother, Vera Pavlovna (Anna Mikhalkova). Vera is determined to get Masha back and raise her better than, she feels, her daughter could, so she enlists the help of  local policeman Oleg (Aleksandr Yatsenko) to help her pursue the pair — and she is willing to kill Olga, if necessary. Wild chases and shootouts ensue, with hand-wringing suspense and slapstick insanity sharing equal time in the proceedings. Sokolov’s pacing is impeccable, the film looks gorgeous, and the cast members all turn in remarkable performances.

Dark Glasses and No Looking Back screened as part of SLASH ½ Film Festival, which took place May 5–7, 2022 in Vienna, Austria. For more information on the festival, visit https://slashfilmfestival.com/.

← Prev: Dee Snider Announces He Is Directing A New Horror Film Next: New Documentary 'Rondo And Bob' Delves Into The Lives Of Two Horror Icons →