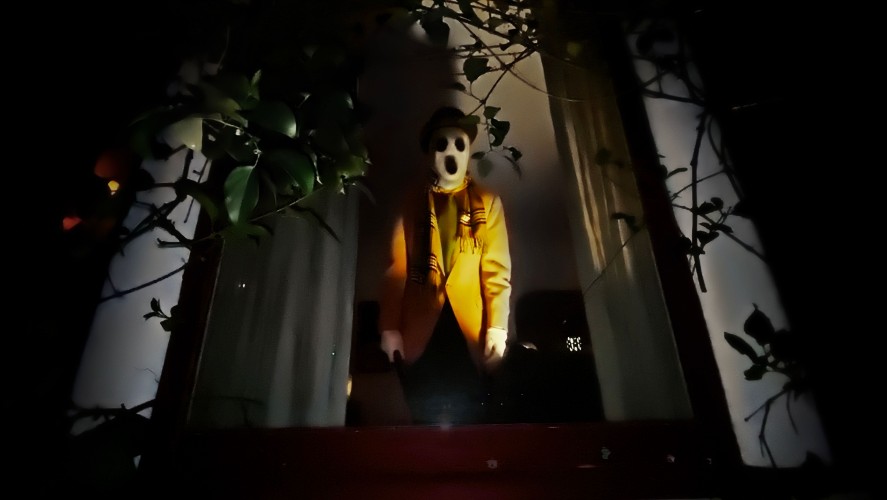 He’s Watching, the latest feature from director Jacob Estes (Mean Creek; Don’t Let Go) is bound to frustrate some viewers while keeping others glued to the screen. I fell toward the latter; this film that started out as a family project filmed during COVID-19 lockdown has its share of slow moments and found-footage tropes, but it also delivers an effectively eerie atmosphere and believable performances from two real-life siblings, Estes’ teen daughter Iris Serena Estes and his younger son Lucas Estes.

Iris and Lucas are left to their own devices when a virus that affects only adults puts their parents in the hospital. The kids send messages to Jacob and their mom (Gretchen Lieberum) that go unanswered but are seemingly being watched by the parents. The siblings think that each one is being pranked by the other, with tension and incidents escalating and lots of bickering going on, but soon enough they realize that something called The Closet Creeper has targeted them for diabolical reasons.

As supernatural found footage films go, this shot-on-phone project boasts more surreal elements than many, and delivers some creepy visuals. Iris and Lucas are realistic in their portrayal of young siblings who find common ground after blaming each other for weird incidents, and their characters are true-to-life and genuinely likable, or at least easy to sympathize with.

Jacob Estes goes for an eldritch vibe that works more often than not, and his use of family footage from his children’s past is just one of the different formats he uses to pull He’s Watching together. The special effects are well rendered, too. 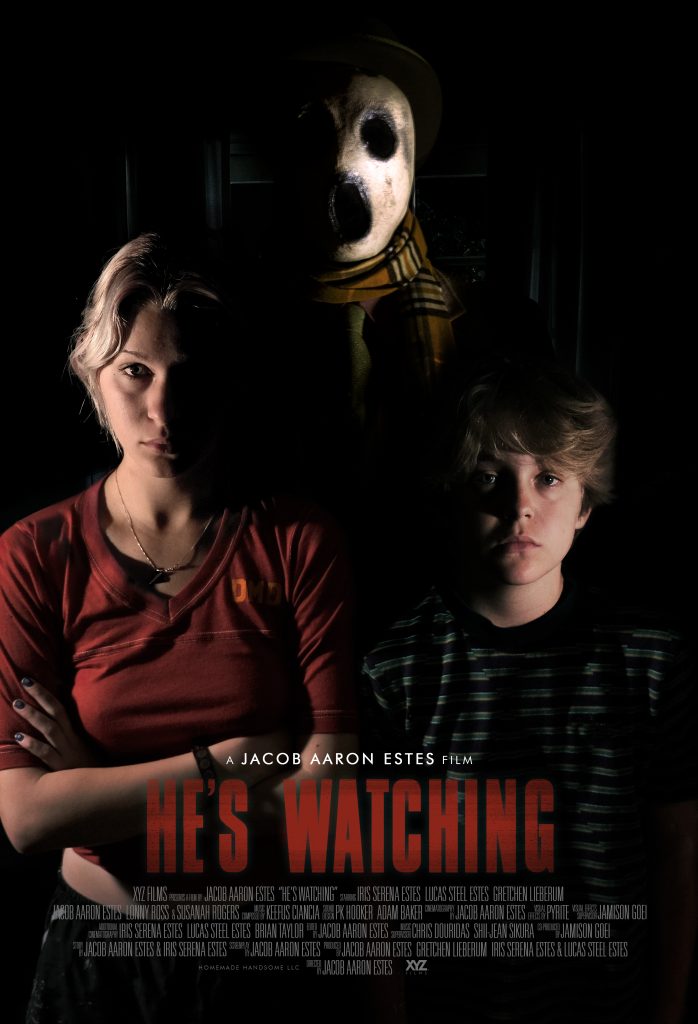 ← Prev: Movie Review: Jurassic World: Dominion Isn't Perfect But Its Good Enough For Us Next: Horror Western 'Blackwood' Out This Week On Demand →