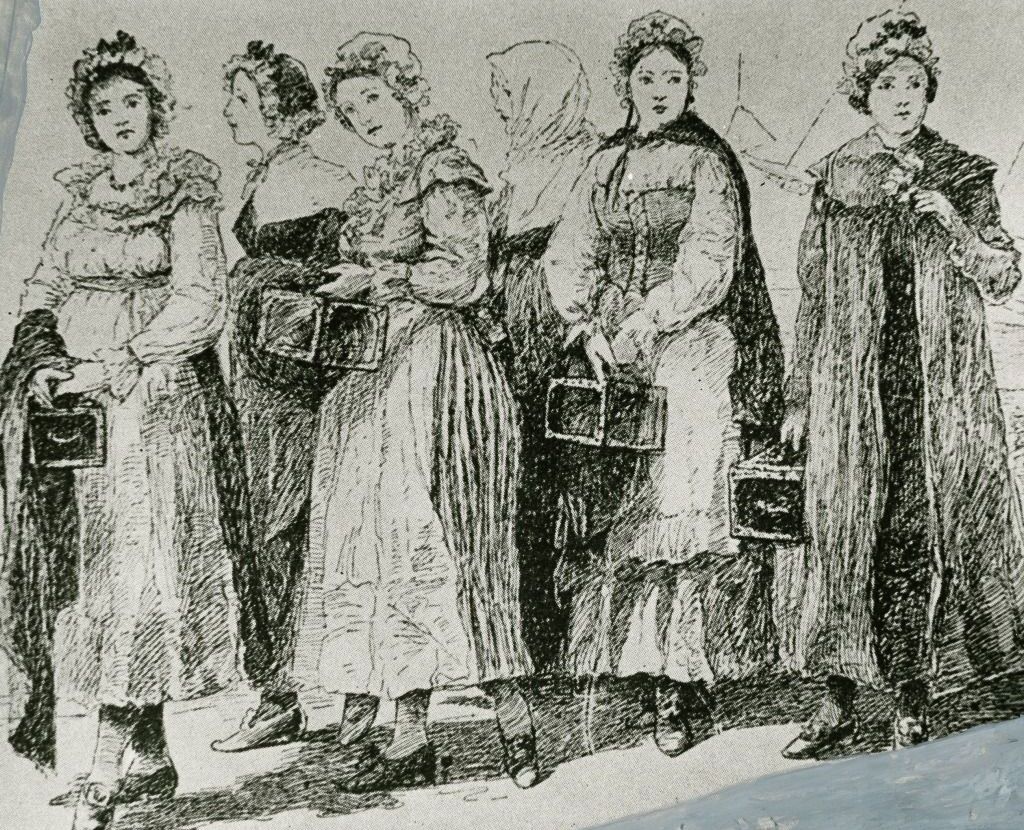 In 1728, New Orleans was chaotic. The streets were filled with men yelling as they worked and fought, and horses’ hooves pounded on the street. The men were unruly and officials believed it was due to a lack of women. The men’s prayers were answered when a ship, the La Nouvelle Orleans, arrived carrying a group of young women handpicked by the Bishop of Quebec by the order of the French King. The young women were there for one reason, to marry the men of the budding Louisiana colony.

The women’s belongings were all packed in casket-like boxes. Rumors quickly began to spread about the women who were so pale that just moments in the sun left them blistered.

While waiting to find their future husbands, the women were cared for by the Ursuline Nuns. The casket-shaped chests were kept on the third floor of their home. The door was sealed shut. Later the nuns went to the attic to examine the women’s boxes only to find them open and empty. Their suspicions grew that the women may be something evil. The doors were once again locked and the nails in the windows were hammered in place with nails blessed by the pope, John Paul II himself.

Soon the town and the nuns began to whisper that women may be vampires. A group of investigators set out to find answers. They started by hiding and watching the convent as night fell. However, in the morning, a shockingly gruesome site was found, the investigators had been brutally butchered, ripped apart, as if by a large beast, and were completely drained of blood. This only made the community more convinced the women were vampires.

Some of the women did find husbands, some relocated, and others lived out their days being carefully watched by the community. But still, the suspicion remained. Today the convent at 1100 Chartres St, New Orleans, is now a museum open to the public.

The story has gone on to spawn novels, comics, movies, and TV series, including an episode (1×10) of “The Originals”, as well as being mentioned in “The Vampire Diaries.”