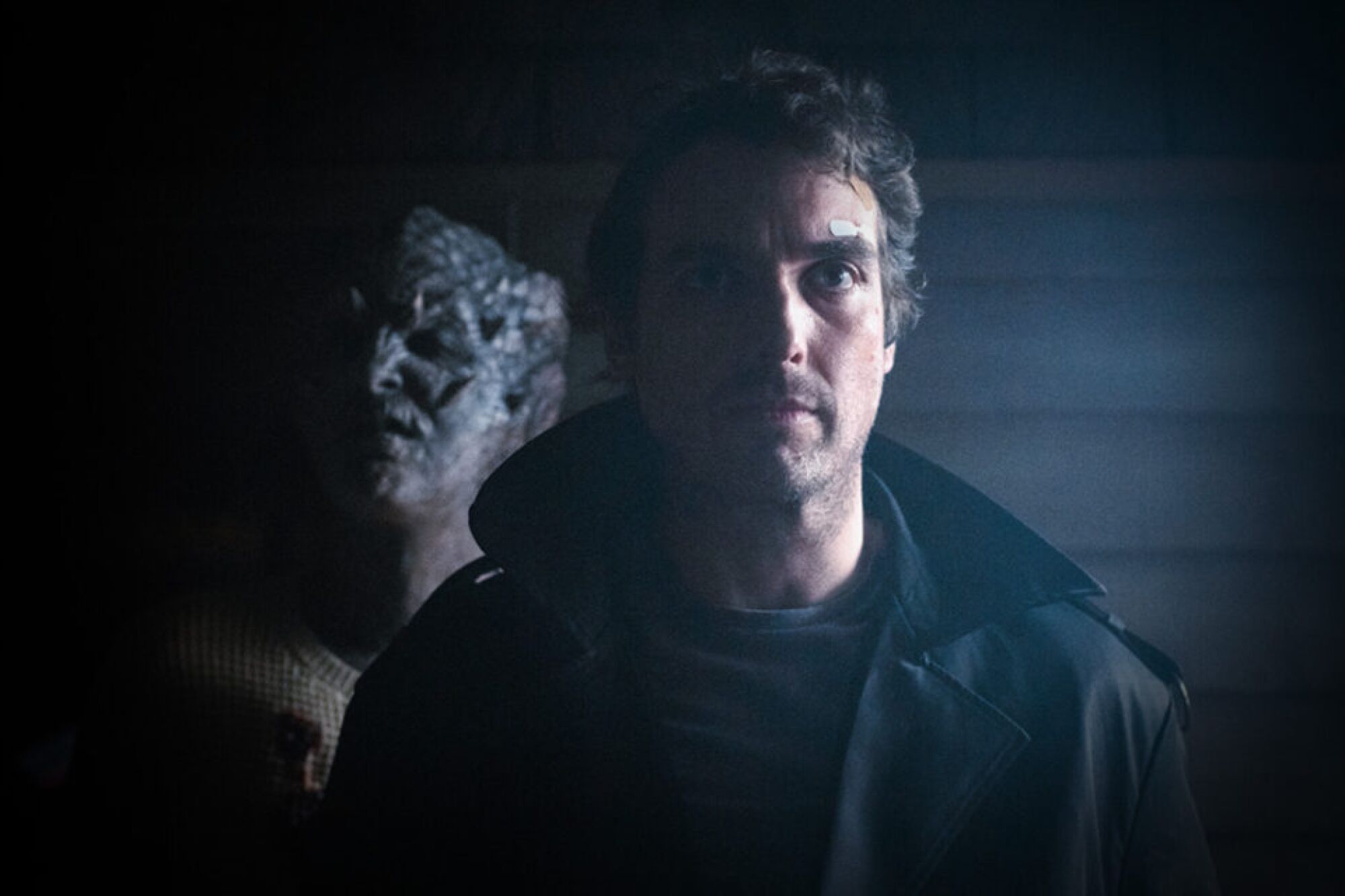 Boasting, as the film’s poster says, “5 stories from 5 Latino AF directors,” Satanic Hispanics is a fine entry in the horror anthologies subgenre. The film balances the spooky and the humorous quite well, resulting in a highly satisfying effort.

The wraparound story, directed by Mike Mendez, concerns the questioning of a man who calls himself The Traveler (Efren Ramirez) — the sole survivor of a massacre that saw the lives of 27 other people taken — by Detectives Gibbons (Sonya Eddy) and Arden (Greg Grunberg). In the vein of classic Amicus and Hammer horror anthologies, he regales the detectives, sometimes to their dismay and often to their shock, with a series of tales.

First up is “Tambien Lo Vi,” written and directed by Demian Rugna, which concerns Rubik’s Cube tournament competitor Gustavo (Demián Salomón), who believes he has discovered a method to reveal the afterlife. He talks a podcaster into checking out his technique, which leads to grim consequences in an eerie segment boasting some impressive special effects.

“El Vampiro” by director Eduardo Sanchez is next, which sees a vampire (Hemky Madera) on a rare night out; unfortunately for him, he forgot that Daylight Savings Time is about to kick in. I had a fun time with this segment and thought that the humor worked wonderfully, and some impressive practical effects were a welcome bonus.

The third segment, “Nahules,” directed by Gigi Saul Guerrero brings things back to a serious tone in what is probably the darkest entry in the portmanteau. A man (Ari Gallegos) who fears for his safety is complying with authorities when he is kidnapped and brought to a remote location. There, he must answer to a witch (Gabriela Ruíz). This segment serves up some intriguing folk horror aspects.

The wraparound segment involving The Traveler closes things out as his dire prediction of death visiting the police station where he is held comes true, leading to a gruesome finish for the film.

Satanic Hispanics shuffles back and forth between the serious and the humorous. Pacing is often an issue with horror anthologies; I found it to be fine here, and can recommend the film strongly for fans of fear-fare portmanteaus. 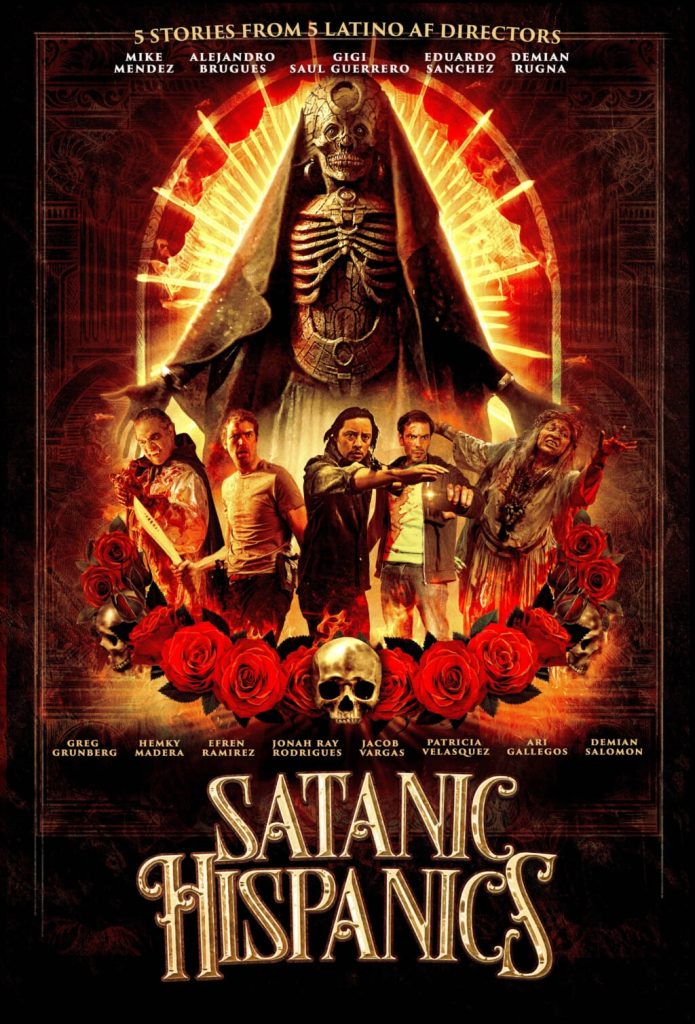