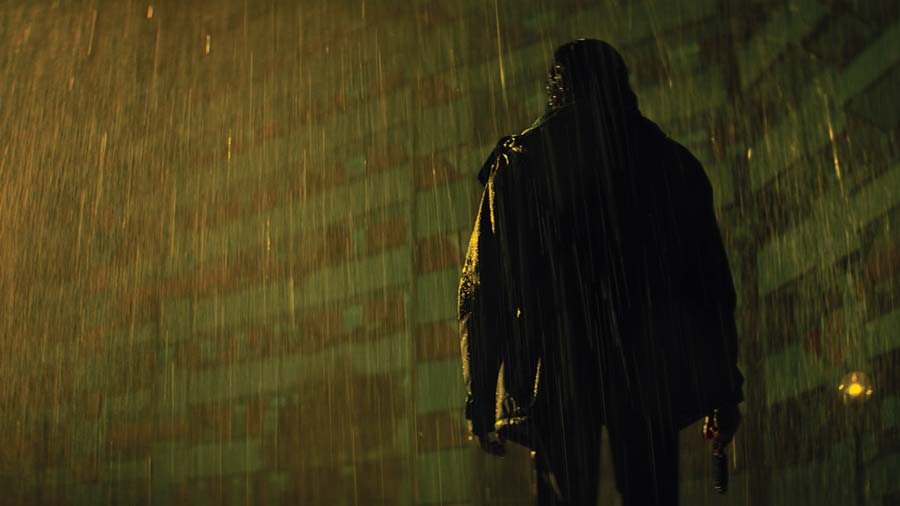 Italian/Belgian coproduction Flowing (Piove, 2022)finds the city of Rome infected by steam that rises from the city’s manholes and through open drains in homes. The steam causes people to hallucinate and face their most negative emotions and darkest thoughts, driving them to violence. At the center of the story is the fractured family of father Thomas (Fabrizio Rongione) and his children, troubled teenage son Enrico (Francesco Gheghi), and young wheelchair-bound daughter Barbara (Aurora Menenti). Thomas blames Enrico for the automobile accident that claimed his wife’s life and crippled Barbara, and the father and son show open contempt for each other, so once that steam infects the pair, bad things are bound to happen. Director Paolo Strippoli invests his film, which won the Special Jury Mention Award at Brooklyn Horror Film Festival, with a strong sense of dread throughout, and no small amount of goo and gunk to permeate the visuals. The family trauma and drama is presented in a gut-wrenching manner by the leads, and I found the ending to be a quite satisfying choice.

Winner of the Bronze Audience Award at Brooklyn Horror Film Festival, animated horror comedy The Weird Kidz is writer/director Zach Passero’s passion project. He worked on the animation for eight years, and the result is a winning effort that boasts strong character arcs missing from many live-action horror films. Starting out with some crude and non-PC humor, the story transitions into scare-fare territory as high school rebel Wyatt (Ellar Coltrane) and his girlfriend Mary (Sydney O’Donnell) take Wyatt’s younger brother Dug (Tess Passero) and Dug’s friends Fatt (Brian Ceely) and Mel (Glenn Bolton) on an overnight camping trip to Jerusalem National Park. Plans were merely shooting beer, eating s’mores, and lighting fireworks for the group, with a little private time for Wyatt and Mary, but things go awry as the five find out that the urban legend of The Night Child — a murderous monster that lives in the park — is more fact than fiction. The Weird Kidz serves up some fun creature feature action, but it also offers some other horror genre surprises that I won’t spoil here. The animation is on the simpler side but solid enough to stand alongside cable-TV quality fare. Passero does a terrific job of making his characters likable and giving them depth, and the film delivers a nice amount of poignancy and nostalgia along with its spookier elements. 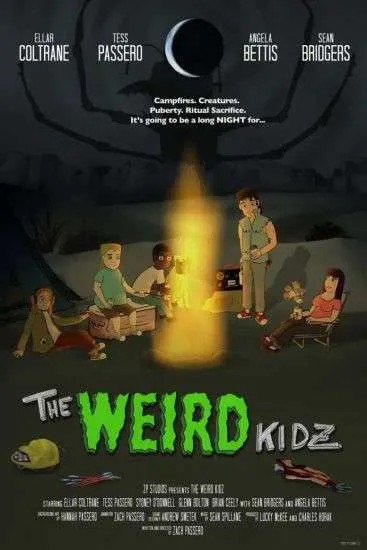