Giallo is a genre in Italian cinema, think of Noir films but with horror elements thrown into the story and occasional eroticism… can’t be European (especially Italian) without that right? Now combine that with old folklore from Sardinia and what do you get? You get Saturnalia, a survival horror game where players must uncover the truth in order to survive their stay in an ancient Italian village. I want to give thanks to Santa Ragione for the reviewing opportunity!

Saturnalia takes place in an old village on the island of Sardinia where they play as one of four playable characters trying to make sense of the events going on in the village surrounding a mysterious ritual where a horned creature stalks the streets at night.

Now onto the game itself. The controls for Saturnalia are limited but surprisingly a tad difficult to grasp at first. At the start of the game, it would have been nice to have a tutorial but it does pop up after I’ve already figured some of the controls out. There’s no spoken dialogue which is OK… But there are times you really should have it because it’s hard to read subtitles when you’re supposed to be running for your life from the monster, this is a big pet peeve of mine when it comes to games with no voice-over work.

Soundtrack and sound effect-wise, it’s pretty good. The sound effects help add to the ambiance of the world you’re in and the fact that they are key to you knowing when danger is close to giving you a chance to get away or hide. The soundtrack fits perfectly with hints of 80’s synth (as the game takes place in 1989) and orchestral. 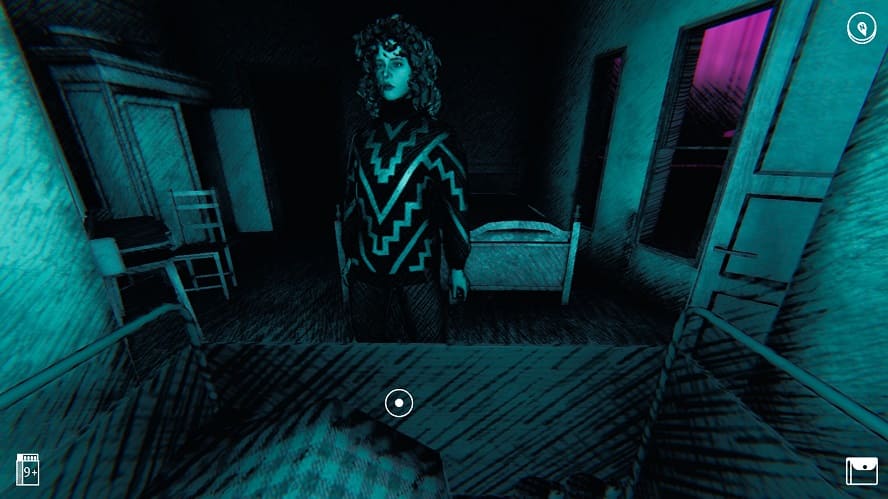 The game’s art is truly unique. The art style is “Sketched” which gives me heavy a-ha vibes. The coloring of the world makes it quite comic-bookish (in a good way) and helps keep the mood mysterious and suspenseful with the lighting, I really like the nod to Giallo when the creature chases you with everything around the creature turning yellow. For those not familiar, Giallo is Italian for the color Yellow, and certain light effects were achieved in black and white Giallo films by using yellow lights for uplighting tricks.

Saturnalia‘s gameplay is fine but here’s where my feelings get complicated. In the game, you can switch between different playable characters, each with different abilities with each’s own story somehow playing a role in the main one and this is where it gets “congested” to me, there are so many side missions/stories that appear and are completed or ongoing without you really knowing. For example, I had to look in a locker in a mine, and while looking through a burnt-out building I somehow completed the “Looking in the locker” side mission, I don’t know if this is a bug OR that mission was more complicated and I somehow cheesed it by skipping to the end.

Overall, with the exception of the confusing story/mission lines, lack of voiceovers, and unnecessarily complicated controls, Saturnalia is actually quite a unique and enjoyable experience that grips your imagination as you want to keep delving deeper into the story and try to solve the mystery. the ability to adjust difficulty and customize your own experience depending on the difficulty the game’s map is procedurally generated when you play a new game or die.

← Prev: Movie Review: Bridge of the Doomed (2022) Next: Check Out The New Halloween Trailer For 'The Dark Pictures Anthology: The Devil In Me' → 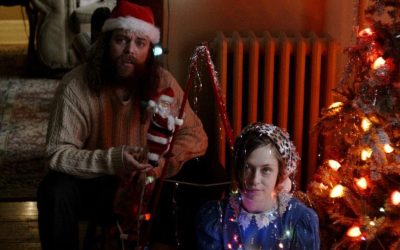 This December, Arrow Films is gifting viewers with Eric Pennycoff’s indie Christmas horror-comedy The Leech.   In...