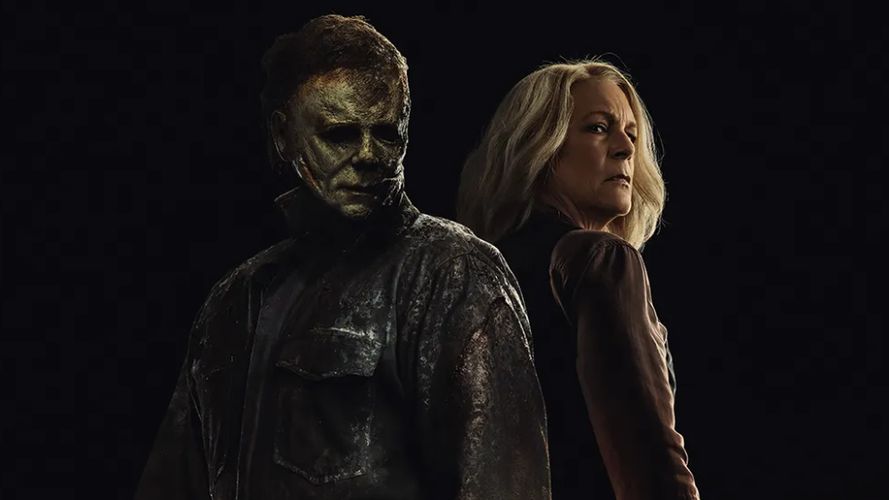 Nearly every horror fan has seen Halloween Ends at this point so I think it’s safe to talk about it now. And that’s what we are here to do. Just a heads up, there are a ton of spoilers.

The film sees Laurie trying to live a somewhat normal life with her granddaughter Allyson while they still live under the shadow of Michael, and are called freaks. When Allyson begins dating Corey, Laurie sees the same thing she saw in Michael all those years ago, and she’s right because he’s a killer. Now, this is the strange part, it’s like Michael and Cory are sort of buddies and begin to kill together. Michael nearly always kills anyone he comes in contact with. So we are expected just to accept this?

Laurie and Michael have their final showdown and Michael is killed, that’s right the unstoppable Shape that has survived being shot, falling out of windows, burned, and more is killed with a big knife, how ironic. I think running him through a shredder was a great choice to guarantee he’s not coming back or is he? While David Gordon Green has said this is  the end, the last line Laurie types in the book she’s writing is that evil comes in many “shapes.” Hopefully, it’s just a reference to Michael being referred to as “The Shape”. But it did leave me wondering if Michael might return in another body. God, I hope not. The movie makes him more human so adding a supernatural twist would just be ridiculous. Instead of the badass, unstoppable killer we’ve known since 1978, we get a weak, more human Michael which we’ve never seen before, and honestly, I didn’t like it. It’s like we got a Wish version of Michael. There have been 13 installments of the franchise in all. It’s time to let Michael rest in peace before the character/franchise is completely ruined. But you know that some director will decide they can do it better and try to resurrect him at some point. It never fails. And it’s going to be terrible.

A good deal of the movie centers on Corey, who is built up like he’s going to be important. It was a complete waste because he dies in such an anticlimactic way. It felt like he was just filler, a distraction. Why weren’t we spending time on Laurie or her granddaughter, you know, characters that actually mattered? And I mean, what, Michael may have gotten five minutes of screen time throughout the movie? What a waste.

The movie itself feels different from the rest of the trilogy. It feels less dramatic and somewhat shallow. This is supposedly the last film of the franchise, you would expect it to be bigger, and more emotional than its predecessors. Instead, it falls short and we get a watered-down movie.

After decades of bloodshed, the final installment has come, and to put it politely, it sucked. It is by far the worst Halloween movie we’ve gotten since H2O, and that’s saying something. Where was all the action we’ve come to expect? Micheal has gone out like a whisper with nearly no fight. We as fans have invested years in the Halloween franchise and we’re are given a final film that is borderline insulting? To get the bad taste out of my mouth I watched Rob Zombie’s Halloween movies, yeap, Halloween Ends is that bad.

Even though Halloween Ends is not a good movie, I’d say the second worse film of the franchise, I still recommend you check it out, simply to get closure. Just go into it not expecting much. You can catch it now on Peacock. Let us know what you think.