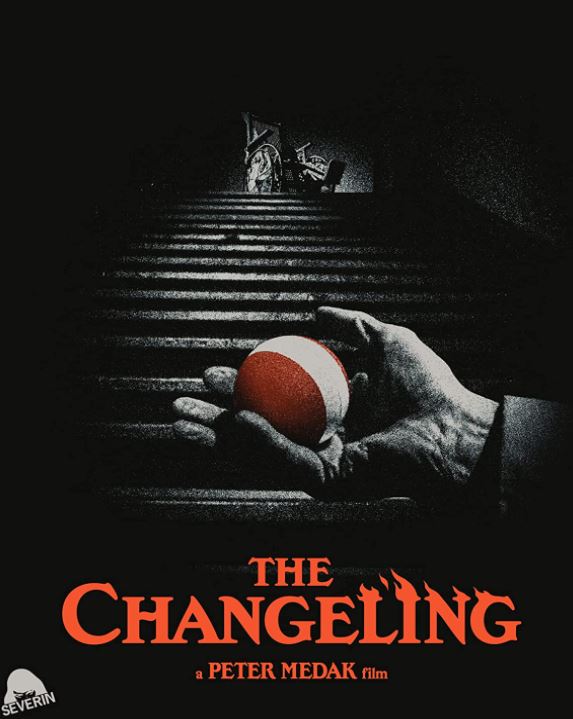 John Russell (George C. Scott), a talented composer and educator, moves to Seattle to begin a new life after his family is smashed to shit and back by a dump truck on an icy mountain road. Once there, John decides to take up residence in a massive historical mansion. As the days progress, it becomes clear as a bell that this place is unbelievably haunted as ol’ JR. starts hearing banging in the pipes, water running, the piano playing itself…oh, and there’s that pesky apparition of a damp kid…you know, what you would expect to find in a rental property.

Instead of just getting another place to stay, Russell becomes obsessed with the houses original owners…a family that suffered a similar tragedy to his own, not knowing to leave supernatural shit the fuck alone, our steadfast hero hosts a séance which provides him more info on who is sharing the residence with him…and it isn’t pleasant…and manages to make the preternatural problem exponentially worse for himself…and people that don’t even live in the same house (way to go cool breeze, anybody else’s life and beautiful home you want to fuck up with your ghost bustin’?)

Anyway, will JR be able to lay to rest the nearly hundred year old mystery, and get his damn house to quiet down?

What can I say about The Changeling?

It’s a well loved fright flick classic for a damn solid reason; it’s scary as balls, loaded with twists and turns courtesy of the family mystery element, it has excellent slow burn mounting tension, the acting is impeccable (I predict that Scott fella is going places!), and the ending is a miracle of practical engineering and effects that just has to be witnessed…not to mention a fantastic sense of ’70’s cinema nihilism mixed with Gothic aesthetics! This film is a damn near perfect horror biz experience and you absolutely need to have it in your creepy collection post-haste!

As for the transfer utilized here, the image looks pretty damn clean with sharp detail and color throughout.

As ghoulishly great as The Changeling is on it’s own, my dear demonic darlings at Severin films have made sure we are well and truly taken care of as they have packed this 3-Disc Special Edition (4K Ultra HD + Blu-ray + CD) Blu-ray release with plenty of eerie extras!

First up we have an info packed audio commentary featuring Director Peter Medak and Producer Joel B. Michaels (moderated by Severin Films’ David Gregory). This is a treasure trove of anecdotes and facts (The mansion was built on a sound stage?!! I firmly believed that was a location for many a year), and is a fantastic listen!

Rounding out Disc One is the film’s trailer.

Disc Two contains a Blu-ray edition of the film, as well as more beastly bonus content!

First we get the aforementioned audio commentary, followed by an interview with Medak and a piece on the director’s time spent in London during his formative years.

Next comes a fascinating featurette on the true story that inspired The Changeling, interviews with music arranger Kenneth Wannberg and art director Reuben Freed, an informative look at the film’s locations hosted by author/screenwriter/horror biz mainstay Kier-La Janisse (this is hands down my favorite featurette offered on this release if you’re keepin’ score at home my creeps), and a conversation with horror maestro Mick Garris on the importance of the film.

Bringing up the ass end are a still gallery, theatrical trailer, and TV spot.

Genuinely scary, full of Gothic ambience, and brought to he screen with ultimate skill; The Changeling is an absolute must own for any horror hound…and this edition from Severin makes it doubly so due to the excellent special features and presentation of the film!