Stakeland Director Larry Fessenden Is Back With ‘Blackout’ 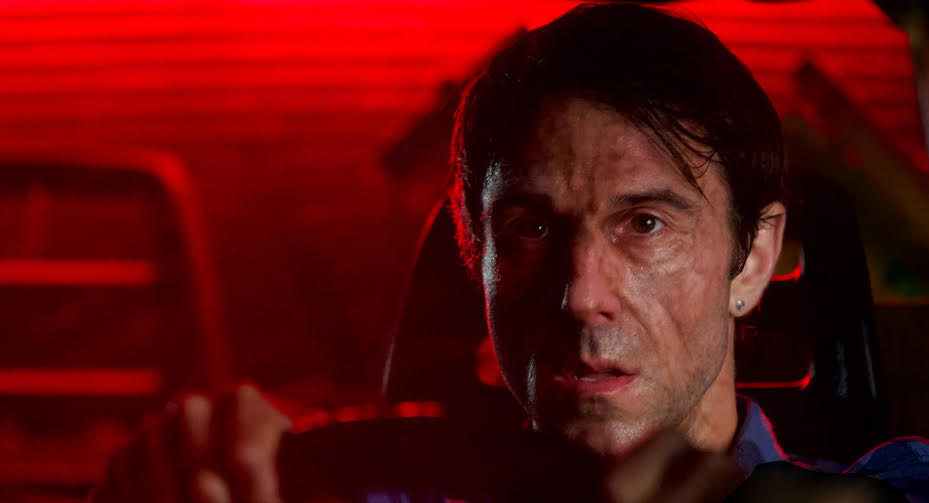 The film stars Alex Hurt as Charley Barrett, a Fine Arts painter convinced that he is a werewolf wreaking havoc on a small American town under the full moon, wrapped under the glow of October 8th’s Hunter Moon.

The film was produced by Fessenden, James Felix McKenney, and Chris Ingvordsen, and Co-Produced by Gaby Leyner. Collin Braizie serves as cinematographer, following his previous stint on the Glass Eye Pix production Foxhole. Paintings for the main character’s artwork were created for the film by Brooklyn-based artist John Mitchell.

Blackout was shot at local shops and locations in New York’s Hudson Valley and serves as a portrait of the area including Woodstock, Olivebridge, Andes, and Kingston. Many local merchants generously supported the independent production.

Fessenden states, “My approach was to blend a naturalistic docu-style with the mythological tropes of the werewolf story, an ongoing interest to blend realism with stylization, and to fuse themes of contemporary society with classic monster movie clichés.”

Makeup and special effects were handled by long-time Glass Eye Pix collaborators Brian Spears and Peter Gerner, who previously created the Frankenstein monster for Fessenden’s 2019 film Depraved. Comments Fessenden, “Yes, I’m competing with Marvel and Blumhouse to create my own Monsterverse, but at a very different price-point.” Fessenden’s 1997 film Habit is a vampire film of some distinction due to its gritty 90’s New York atmosphere and naturalistic treatment of the genre.

Fessenden heads into post-production immediately, with his trademark impatience to get the work out in a timely fashion.