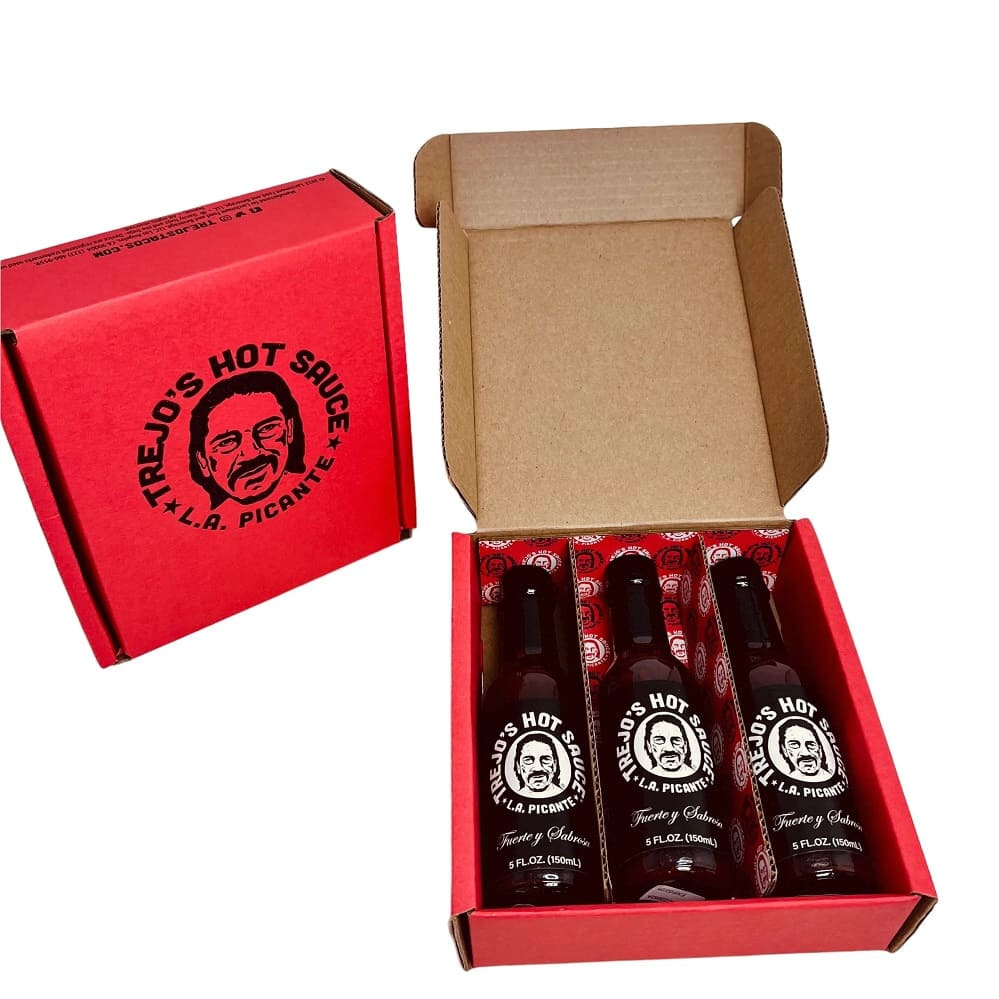 Danny Trejo. ‘Nough said right? He’s a living film legend with several credits to his name appearing on TV and in films ranging from horror to children’s movies. A rough exterior with a soft humble soul beneath. You would be surprised to know that he owns a chain of restaurants and donut shops in California! My Sister and Brother got to visit Trejo’s Donuts (Which they loved) but is there a way to bring the badass taste of the West Coast anywhere else? YES! I was lucky enough to be able to try out Trejo’s Hot Sauce that’s available online in the Trejo’s Tacos store! I want to give a big THANK YOU to Trejo’s Tacos for helping make this review possible! 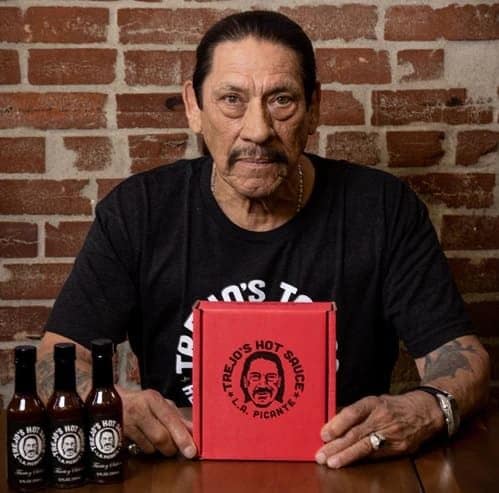 I love Hot Sauce, so to be able to try the Hot Sauce that’s served at Trejo’s Tacos and Trejo’s Cantina restaurants was exciting. I got the 3-Pack which came with a nice sturdy red box that held three 5 FL.OZ bottles. I got myself some boneless wings for the sake of testing (I know, a Western New Yorker eating BONELESS wings?!). This medium-heat sauce hits your pallet with a leathery start which is quickly replaced with a smokey/tangy heat. What I love about this sauce is that the flavor is present but not overpowering, it becomes part of what you’re eating allowing you to enjoy the taste of the sauce and what it’s on separately if that makes sense. Some hot sauces I’ve had in the past tend to just overpower and depending on the brand, are more for novelty for you to try than to have as a condiment.

Overall, with its homemade taste, a short list of only natural ingredients, and non-overpowering heat, Trejo’s Hot Sauce is a must for your Taco Tuesdays, Tailgates, burgers, dipping sauce, or anything! Get it for yourself or for the foodie in your life  HERE!

← Prev: Santa's On The Loose And Slaying The Naughty In The New 'Santastein' Trailer Next: It's 'Kids VS. Aliens' This January In A Fight To Save The World (Trailer) →

Fans of the "Amnesia" series can rejoice as the latest installment Amnesia: The Bunker is getting a release date!...