Trailer Gives You A Taste Of ‘Blood’ – Coming To Theaters 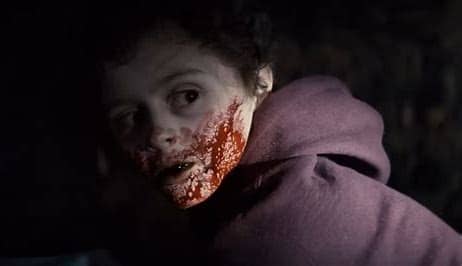 How far would a mother go to save her child? Michelle Monaghan stars as a mother desperate to save her son in the horror-thriller Blood, out this week in select theaters.

In the film, “Jess, a separated nurse, moves with her daughter and young son Owen back into her old farmhouse. Shortly after settling in, Owen is bitten by the dog, resulting in a mysterious infection from the bite.”

Watch Blood in theaters on January 27, 2023, from Vertical Entertainment.

← Prev: Hereditary Star Joins The Cast Of 'A Quiet Place 3: Day One' Next: Film Review: In My Mother’s Skin (Sundance Film Festival) →