Darlings of Decay – a Zombie Anthology

Aside: In honor of Women in Horror Month I will be reviewing a book or comic written by female authors or which prominently featuring female characters for each Monday in the month of February. There are plenty! This spotlight for female writers/characters in books and comics will be in addition to each of the Women in Horror Spotlights we are doing here at ZADF each day in February. (…and of course, this is also in addition to the sheer awesome Capt. McNeely and I contribute to the horror genre on a daily and weekly basis both on ZADF and beyond! ; ) ) At the bottom of each book review I will have links to the books discussed in previous weeks so that you can see who else has been featured!

Thank you for joining us on these tales of zombie horror. As you begin to read these stories, wrap your mind around this…

The world as we’ve known it has ended. No one, living or dead, can be trusted. Now, desperate times call for desperate measures, because every single day is a struggle to live. The gates of hell have opened and hope seems well beyond reach. But… there are still survivors, and through blood, sweat, and tears, they’ll fight to live in a world where tomorrow is never a guarantee.

Sit back as your favorite authors of zombie lit take you on a wild, horrifying ride that will leave you breathless. Come and meet the women who love to entertain you with their own unique versions of the zombie apocalypse.

Of course, being an anthology, this book has a lot of different writing styles, focuses, and featuring a myriad of different characters. In addition to that, several of the stories featured weren’t complete stories but were instead excerpts from larger works. Many of those books are, somewhat predictably at this point, part of a larger series – but if you’re looking for a new zombie series but aren’t sure which author you would like to start the work of, this might be a good way to find out! Although I enjoyed some stories/excerpts more than others, this anthology was overall a fun read. It has been a while since I’ve cracked open an anthology, particularly one that wasn’t mandatory reading for some manner of class or project, so this was a rare treat. Add to that the fact that I got to to see 32 different approaches to the zombie genre in rapid succession and you can see why this book was incredibly enjoyable. Add the fact that each story was told from a wide variety of perspectives to the fact that the book is currently a free download from Amazon and you might get the impression that this book was hand created based on my “likes” from the last several months worth of reviews. In this story collection zombies had several origins that we’ve all read before, but there were several I hadn’t read or even heard of in other forms of zombie media. (Tamara Rose Blodgett’s approach which featured zombies as created by a few young people developing a form of necromancy as a paranormal ability was one of my favorites of the unique approaches contained within these pages.)

All in all, I enjoyed this anthology and would recommend it, especially since it’s available for free. If you haven’t read an anthology before, don’t let the length of the book scare you. The stories are by and large very easy reads, plus one of the great appeals of reading an anthology is the way that you can skip ahead to the next story if a particular author or plot line doesn’t strike your fancy.

If you know of a female-driven zombie book, drop me a line on twitter or in the comments to let me know about it! I haven’t completely scheduled my posts for February, so there’s still time to have me share one of your favorites with other ZADF readers or evaluate one before you pick it up. 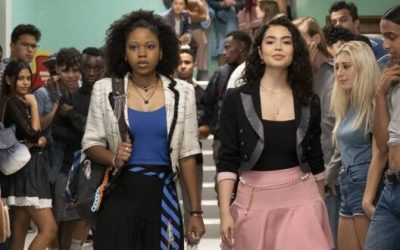