I remember the first time I encountered any kind of horror themed soda, was during my employ at a mall based goth/punk/metal/etc. retailer. And to tell you the truth I can’t remember the names of said sodas, because they were frankly unimpressive. They were mediocre sodas with horror themed labels, and were more of a novelty than anything else.

Over the years I’ve tried others and have found that most of the time the novelty and not necessarily the quality is the selling point.

This definitely is not the case with Deadworld Zombie Soda.

The last weekend of June, I attended Days of the Dead. It was there that I first saw the folks from Deadworld Zombie Soda peddling their wares. I was there the entire weekend and found myself circling back around to their table many times. On the final day I gave in and decided to pick a few, from their 12 varieties, to make up a 4-pack. The flavors I chose were Goon Bitters (Cherry Cola), Slow Decay (Vanilla Root Beer), Grisly Swill (Grape) and Orange Roamer (Orange of course).

With each one that I sampled, it became apparent that the novelty was not of the utmost importance. Flavor was absolutely the main concern, because as a mere novelty some sodas can be forgettable. But when a company provides a quality beverage that just happens to be zombie themed – well, that’s something worth remembering.

I will admit that when I was sampling the last bottle of my mixed 4-pack, which happened to be the Grisly Swill, I found myself slightly more than disappointed. Yes, I was disappointed…with myself for not buying more than just four bottles. Each bottle, although a different flavor, had been just as good as the last. Okay, maybe I liked the Slow Decay a little better than the rest, but they were all fantastic.

I can only assume that the other eight varieties are as good, but am not willing to rest on that. Oh no, I am definitely ready to try the other flavors. So for anyone who can get their mitts on some of these tasty beverages (QT would be so proud), I definitely encourage you to do so. Or if you’re just interested in  finding out more, head on over to the Deadworld Zombie Soda website. 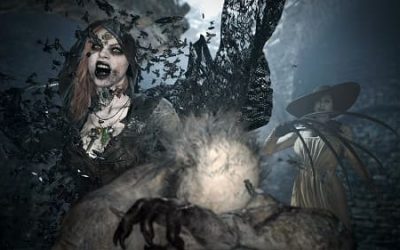 Capcom has released more information about the upcoming Resident Evil Village Gold Edition along with a new trailer... 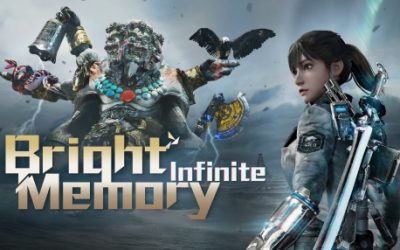 If I told you there's an FPS game that looks and feels like Crysis and COD, but it's indie, you would probably think I...