It’s been a year since Shoko Asahara (real name Chizuo Matsumoto), leader of the Aum Shinrikyo cult was executed by hanging in a Tokyo prison. The cult’s core teachings surround the idea of preparing to re-inhabit the earth after a nuclear war between the United States and Japan. To bring this apocalyptic vision come true, Asahara ordered members of his cult to carry out a chemical attack on the Tokyo subway system in 1995 with the belief that this would kick start the apocalypse. 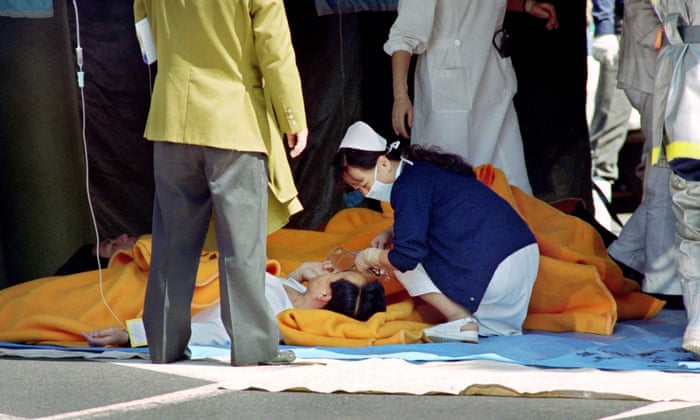 Asahara was sentenced to death in 2004 for his part in orchestrating the gas attack not just in Tokyo but in the city of Matsumoto, as well as ordering the murder of Tsutsumi Sakamoto in 1989. Asahara was hung on July 6, 2018, along with six other cult members one of whom was involved with the murder of Sakamoto and his family. One of the perpetrators of the Sakamoto killing, Hideo Murai, never saw his day in court as he was assassinated on live TV by a member of the Yakuza.

WARNING the following video may be distressing.

This is not where Asahara’s story ends. As with tradition in Japan, after death, his remains were cremated but his ashes are still being held at the Tokyo prison and have not been released to the family yet at the request of his daughter. Asahara requested that his remains be released to his daughter but family members argue that his remains should go to his wife who sources say has ties with Aleph an Aum successor group while the daughter has severed all ties with the cult as well as family members.

Asahara the day he was arrested in May 1995

Asahara’s daughter was not planning on entering his ashes as she feared that his burial spot would become a mecca for cultists who would worship his remains. The unidentified daughter says she would instead scatter Asahara’s remains in the ocean. For now, this plan is on hold as the daughter it working through Tokyo Family Court to acquire the rights to inherit Asahara’s ashes as well as the religious garments he was wearing at the time of his arrest, as well as books that are still in police custody. Asahara is still worshiped by new and former members of his cult who are monitored by the Japanese Government.