A ‘Puppet Killer’ Is On The Loose This November 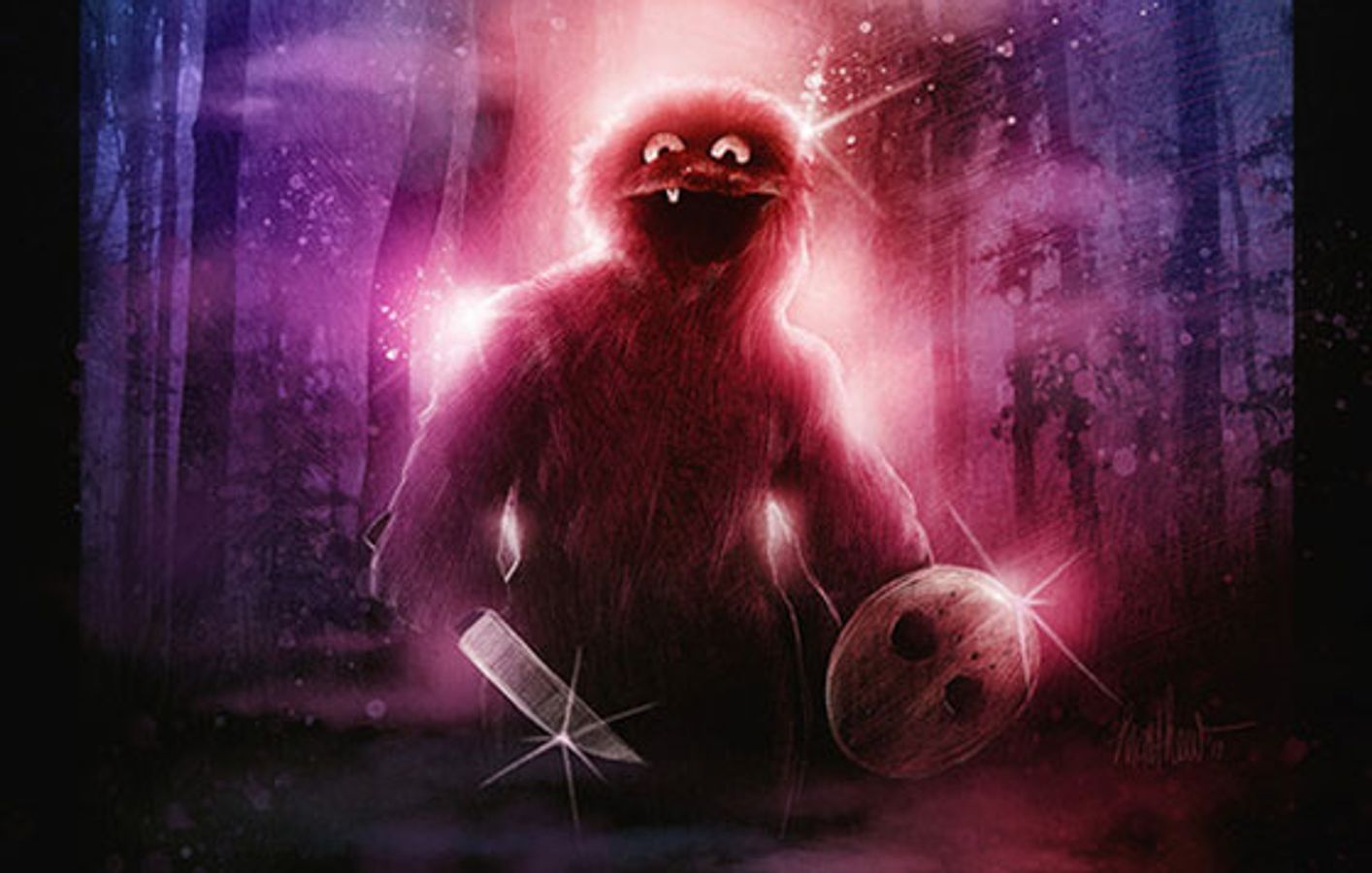 Listen out for slay-bells as Puppet Killer is coming to town. Central City Media has today confirmed that the yuletide horror-comedy will be released on Digital Download this November.
Pulling the strings of Puppet Killer is director Lisa Ovies. The film is an  Aleks Paunovic (Numb, War For The Planet of the Apes), and stars Lee Majdoub (Sonic The Hedgehog, Dirk Gently), and Lisa Durupt (Love Guaranteed). Guaranteed to knock the stuffing out of you, Puppet Killer will be available on all major digital platforms from 29th November.
It’s the classic ‘cabin in the woods‘ tale of teenagers (who are 100% teenage actors despite what IMDb may tell you) being assailed by a menacing pink and fluffy plush toy – that old Chesnut.
For seven-year-old Jamie, watching horror movies with his loving parents and his fuzzy pink puppet, Simon, is a beloved Christmas tradition. Unfortunately, that all ends when his mother dies of cancer and his father marries a new woman who isn’t nearly as supportive of Jamie’s horror obsession, or his unhealthy friendship with Simon. After she mysteriously disappears from the family vacation home, Jamie starts to believe that Simon may have killed her.
Ten years later, Jamie brings five of his high school friends to the family’s cabin for Christmas Break. All seems well until Simon is discovered in the cellar, resurrecting Jamie’s old fears, causing him and his friends to question his mental well-being.
As the weekend unfolds, Jamie’s friends are slaughtered one by one in ways that would make Freddy, Jason, and Michael proud. Jamie must confront his childhood best friend in a bloody showdown that will push him to the brink of madness… if he isn’t already there.
This Christmas – You better watch out, you better not cry, Lisa Oviesis coming to town on November 29, 2021.