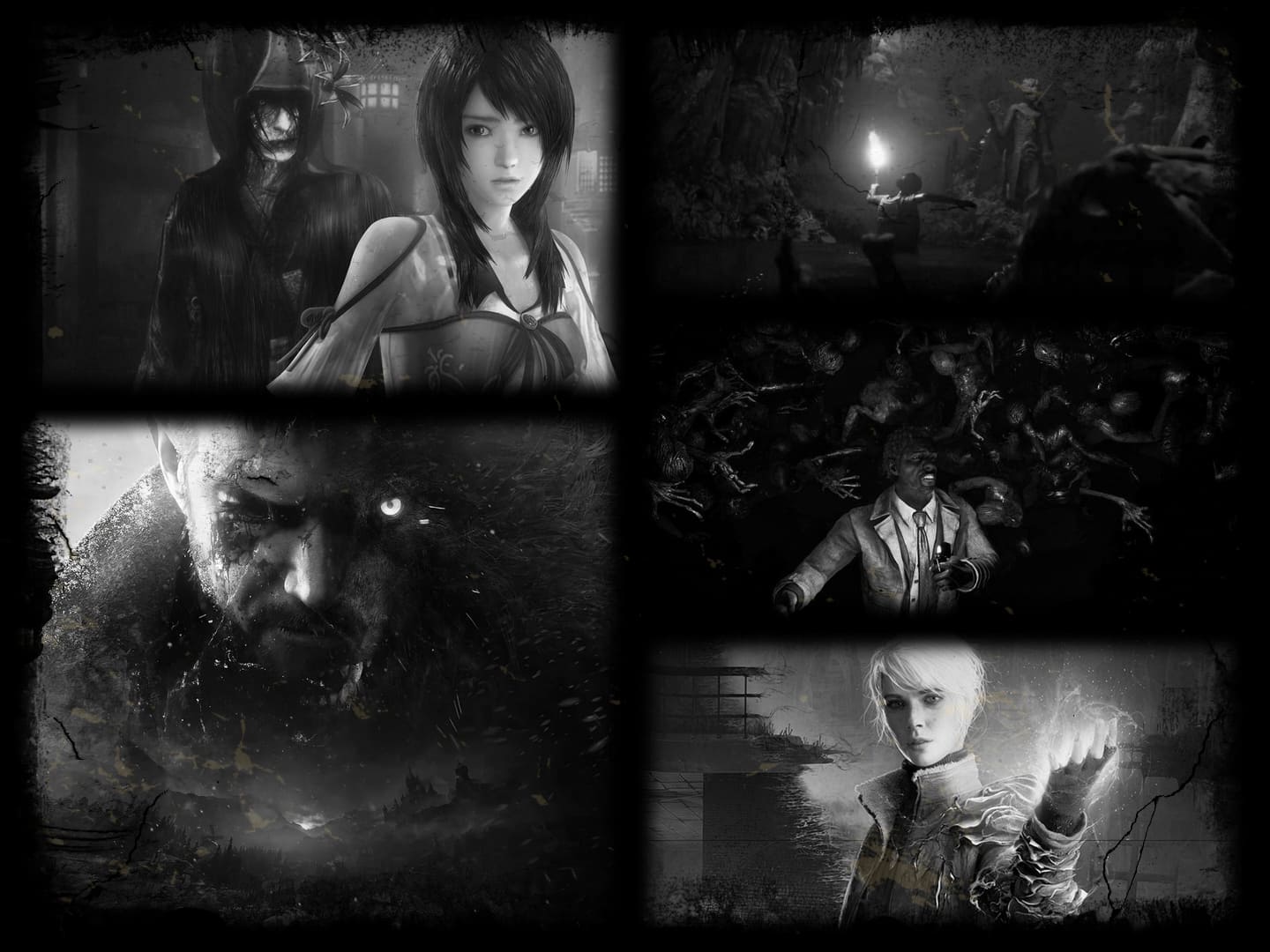 The gaming industry surely made up for lost time this year and horror games were among them. I’ve reviewed a lot of games this year and there were quite a few horror titles among them. going through my lists I picked out all the horror titles and broke down the list more to pick out games that were fun, had good scares, and were just overall good horror games. So without further ado, here’s the Top 5 Horror Games Reviewed in 2021 starting off from good and working our way up to best!

Bloober Team is no stranger to making good horror games but The Medium was on another level with its amazing artwork showing the world of the living and the dead through the eyes of a psychic. The game follows Marianne, a medium who visits an old soviet resort in 1999 Poland after being called upon to investigate. Marianne soon learns that something very wrong had occurred at the old resort and she’s connected to it.

Koei Tecmo uprezzed and re-release the fifth installment to the famed horror franchise to next-gen consoles. The game follows three characters who are all connected to the events occurring on the fictional Hikami mountain, a place popular for suicides, where they investigate the location’s dark past involving human sacrifices while combating dangerous spirits with magical cameras.

I gave the game a 7/10 as I felt that some of the scary magic of the game’s predecessors (especially the first and second games) were missing from this title, there is a part of the game that gets very creepy but most of the other game it’s not but diehard fans of the series would still appreciate it non the less.

Bandai Namco continued their anthology series with the latest installment that now brought players underground in Iraq during the war in 2003. Players had to make choices that would either save the unlucky souls or damn them to a violent end.

I gave House of Ashes a 10/10 as the game keeps up with the thrilling storytelling from the previous titles, though it lacked the scares of the others it still holds up with being a thrilling story.

A game from Protocol and Raiser, this game was made with love by the developers and fans this game with episodic levels follows a cast of 13 playable characters who by your actions (or inaction) can die permanently! Help solve the case of the missing author and unravel the case surrounding a mysterious music box while being stalked by “the presence”.

I gave the game a 10/10 because of the randomly generated scares that keep playthroughs different, the potential of losing a character and never seeing them again (this can be changed in the difficulty settings btw) adds more tension as you play.

And now for Number 1:

It should be no surprise that Capcom‘s second first-person installment in the main game series made it to the top spot on this list. The eighth installment of the Resident Evil game series continues after the events of RE7 where Ethan is once again forced to face horrific dangers to save his daughter who is somewhere in an Eastern European village besieged by Lycans.

I gave this a 10/10 as there are many intense moments with a mixture of a perfect blend of action and scares giving something for old and new fans to the series something to enjoy along with anticipation for where the series will go next!