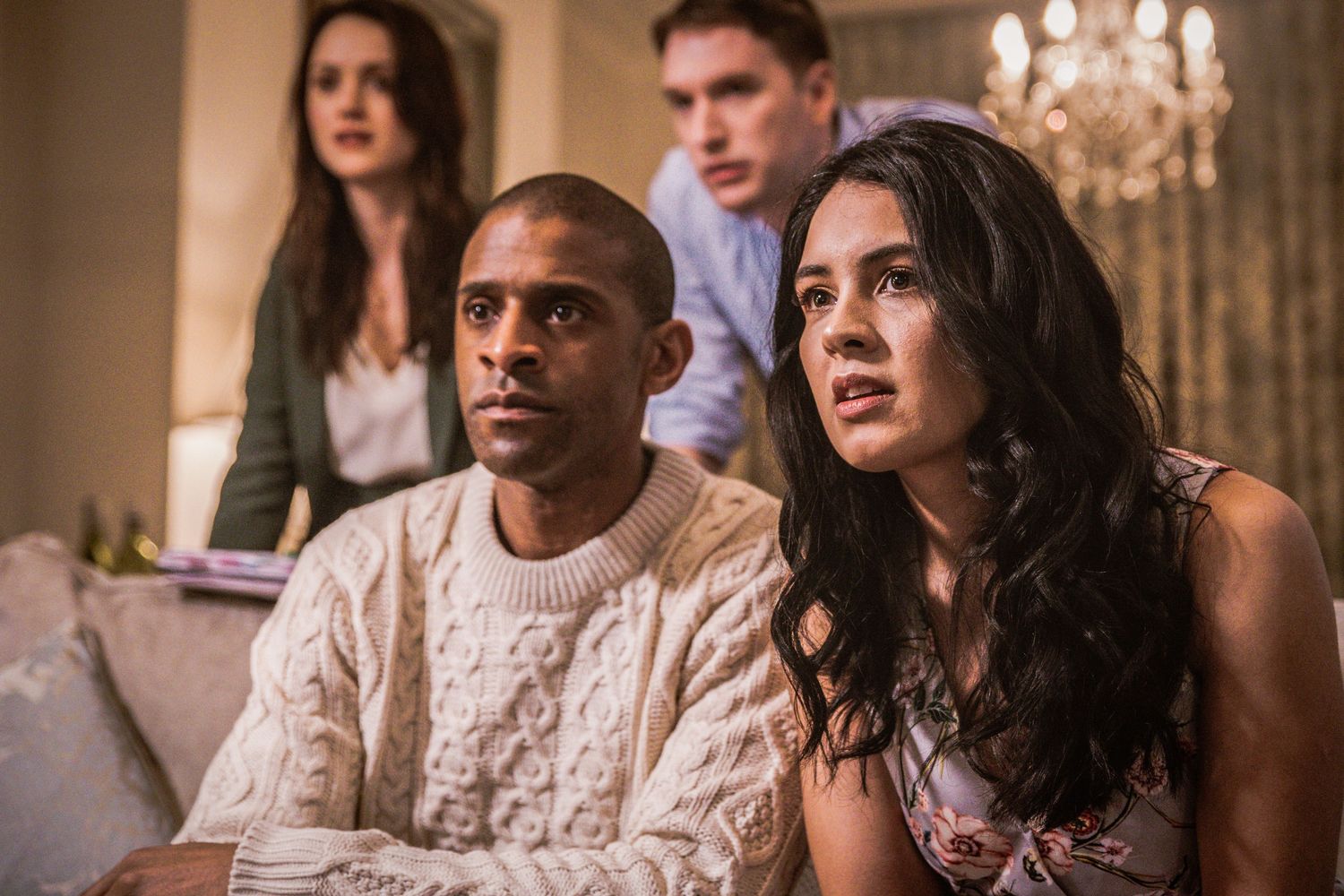 The politically inspired horror Election Night is set to premiere on Prime Video and VOD on the sixth anniversary of the Brexit vote, today.

The award-winning film from director Neil Monaghan centers on a society where the public is disillusioned with traditional politicians and the “Establishment”. Many believe in new optimistic rhetoric from a fictitious firebrand socialist party, the Progressive Social Alliance.  Others put their faith in a new populist far-right movement, the New Britain Party, headed by former newspaper baron Dominic Drummond (Bruce Payne). Five friends gather to watch the TV coverage as the election results pour in. It’s a drink-fueled night that should be a massive celebration of victory. But outside, far-right NBP supporters are rioting and claiming a rigged the election. Three people desperately seek shelter from the violence and knock on the door as the police lose control.

Ben Pickering (Welcome to Curiosity) and Frazer Brown (Tales from the Quarantine produce.