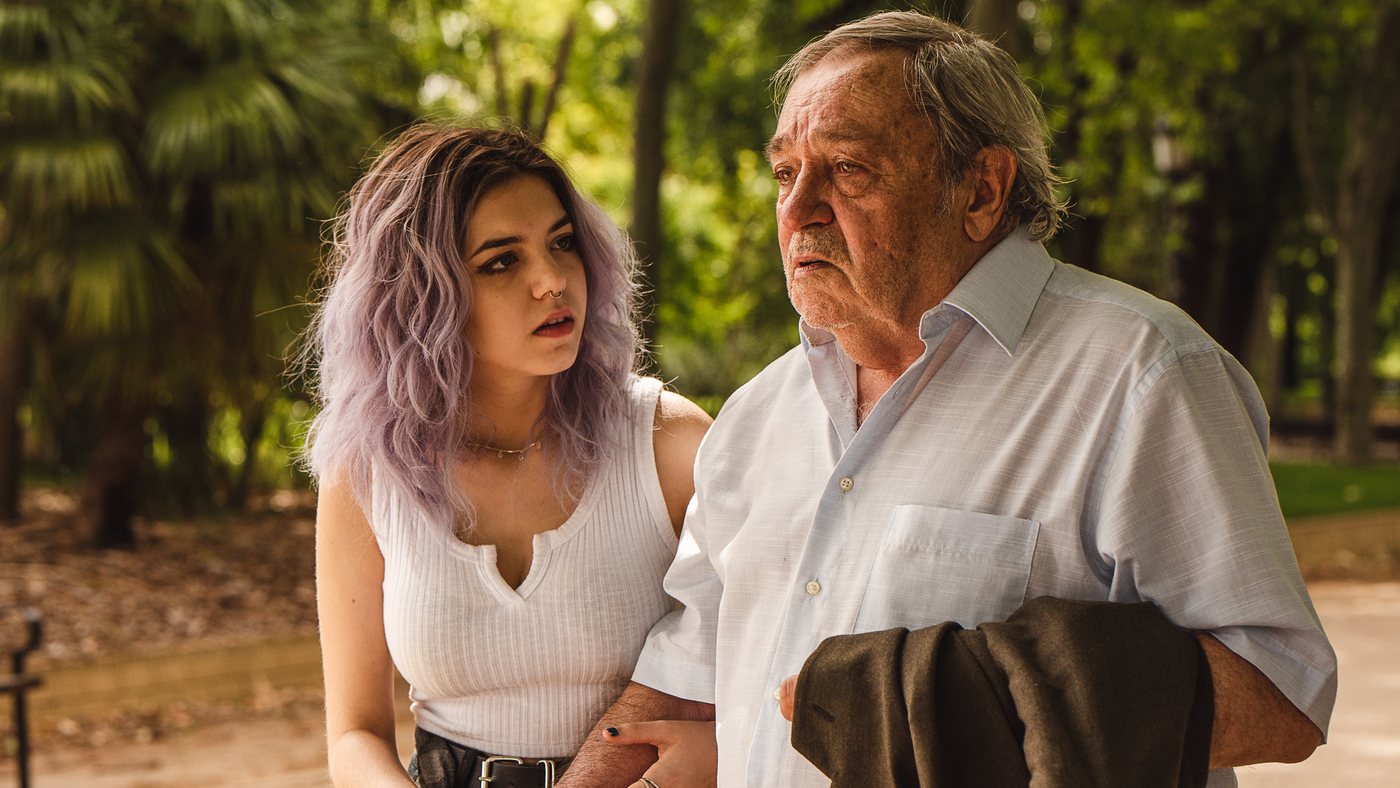 Codirectors Raúl Cerezo and Fernando Gonzáles Gómez wowed festival audiences earlier this year with their shocker The Passenger, and now the duo is back with another fine slice of fright-fare cinema, The Elderly (Spain, 2022). Manuel (Zorion Eguileor) finds his life deteriorating after his wife of 50 years falls to her death from their apartment window. Manuel’s son Mario (Gustavo Salmerón) wants his father to move in with them rather than wind up in a nursing home, much to the consternation of his new and pregnant wife Lena (Irene Anula), for whom Mario’s teenage daughter Naia (Paula Gallego) shows little affection. Add to this family drama the fact that Manuel’s behavior becomes increasingly bizarre and even threatening — and the same goes for all of the older people with whom the family members come into contact — and you have the set-up for a film that offers a good share of mystery, shudders, and bizarre imagery. The performances are all top-notch, including Gallego, who also impressed greatly as one of the protagonists in The Passenger. Make sure to pay close, special attention to the final few seconds of The Elderly. 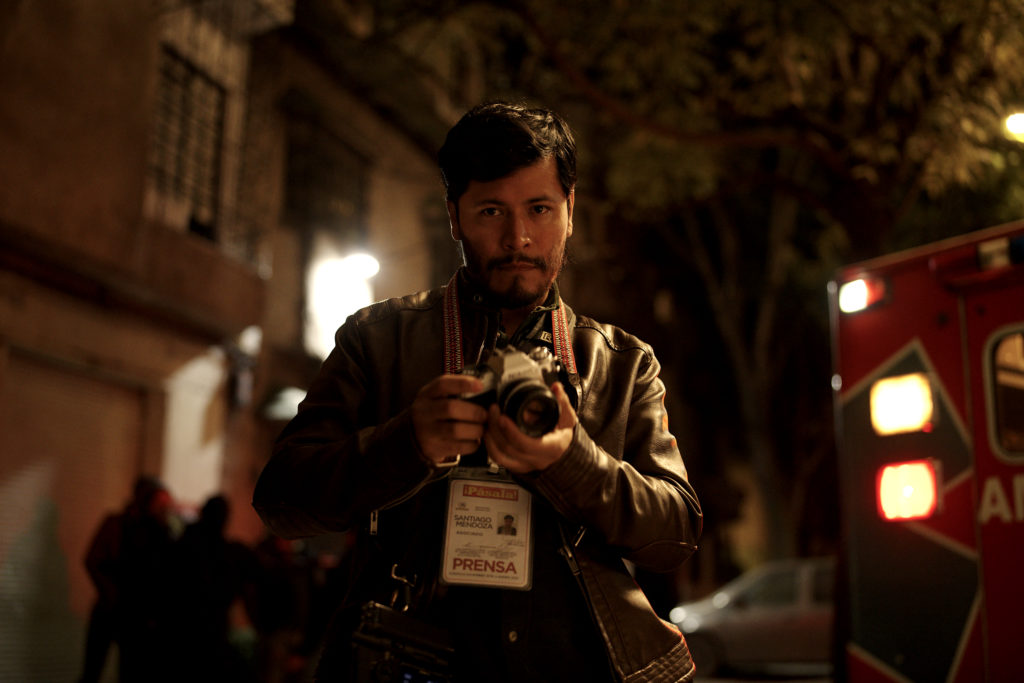 In Mexican supernatural horror Disappear Completely (2022) crime scene photojournalist Santiago (Harold Torres) makes a living shooting lurid scenes of death for the front page of a newspaper while he waits for his more artistic photography to hopefully be accepted by a gallery. Director Luis Javier Henaine’s film finds Santiago unknowingly crossing the wrong person or people as he finds himself the victim of a curse in which he will lose each of his five senses unless the help of a bruja can cure him. Henaine uses a surprising use of sound design among other devices to place viewers in Santiago’s shoes. A moody, brooding film rich in chilling atmosphere, Disappear Completely uses thriller and film noir elements along with occult horror. The result is an unnerving fear-fare feature that explores moral choices and the consequences of such when the main character has brought a curse upon himself as a result of the choices he has made.

← Prev: Fan Film 'The Sawyer Massacre' Serves As Prequel To The Original (Trailer) Next: The New Gameplay Trailer For 'Dead Space' Will Make You Whole... →