If you are a cinephile interested in the weird, the wild, the woolly, and the wonderful, San Francisco’s Another Hole in the Head Film has you covered. This year’s version, the 19th edition, takes place from December 1st–December 18th, 2022 with screenings and performances set to take place at the historic Roxie Cinema, 4 Star Theatre, and Stage Werx in San Francisco, California. It will also take place On Demand on Eventive and live on Zoom for those who can not attend the live screenings.

Horror Fuel can already vouch for several of this year’s Another Hole in the Head Film features, with spoiler-free reviews of Satanic Hispanics, Swallowed, Extraneous Matter Complete Edition, HeBGB TV, and A Life on the Farm. Following is the official festival announcement.

The 19th Another Hole in the Head Film Festival is an 18-day cinematic excursion through the realms of Science Fiction, Fantasy, Horror, and assorted other genre fare.

Under the auspices of SF IndieFest, ‘AHITH’ has an 18-year tradition of pulling together diverse Independent films of all varieties and budgetary considerations: from major productions by professional companies to micro-budget labors of love, and everything in between.

This year’s festival runs December 1st–18th, 2022. There will be live screenings and performances in San Francisco at the ROXIE, 4 STAR and STAGE WERX theaters. On-Demand content will also be available via the Eventive platform, and live online screenings (with audience interaction and filmmaker Q&A) through the Zoom platform.

Over 250 fresh new Independent films from around the world will be available to view. For more info about the festival, go to www.ahith.com.

For the complete festival program & tickets, go to https://holehead2022.eventive.org/welcome. 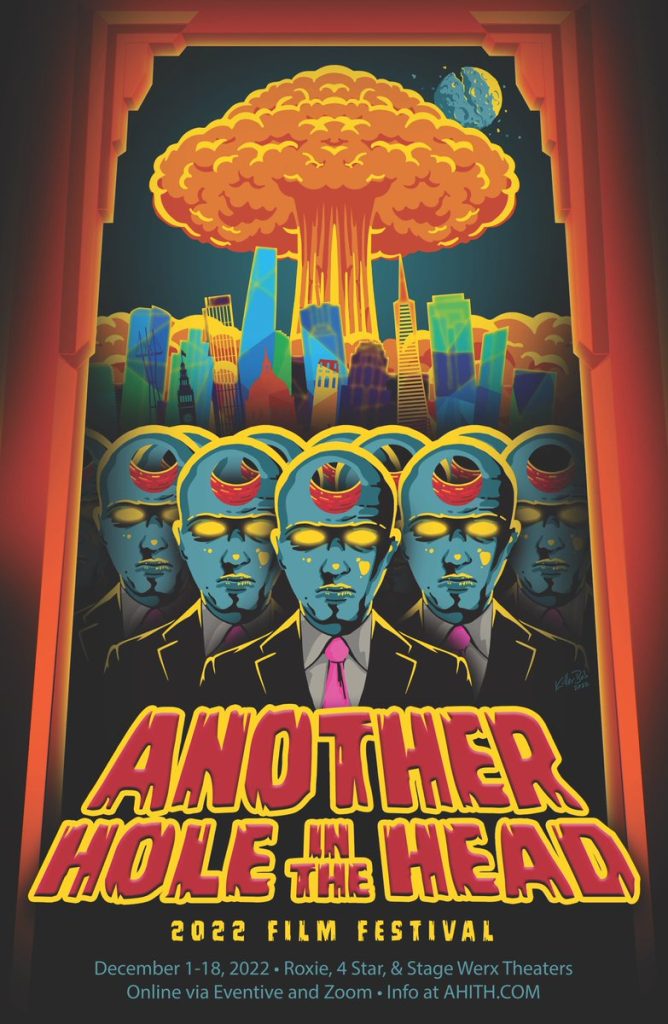