Paramount Pictures is not wasting any time, kicking off the new year with a new Scream VI poster that features the Ghostface mask made out of a highlighted NYC subway map, with each stop named after a character.

The first trailer has already been released, revealing Ghostface stalking four survivors from Scream V on the subway after they have left Woodbury behind.

Barrera recently spoke with Collider, implying that the sequel will be bigger and bloodier than its predecessors.

“With the last Scream, they were tip-toeing and trying to be very respectful of what the franchise had been, up until that point, and keeping their inner gory dreams at bay. But with this one, they were like, “We’re going all out.” It’s potentially a hundred times gorier.” Barrera continues, “There was a saying on set because (directors) Matt [Bettinelli-Olpin] and Tyler [Gillett] were always asking for more blood and more sweat. They always just wanted more. ‘More blood spritz’ was the saying because they would just always want more.”

Scream VI will slash its way into theaters on March 10, 2023, from Paramount. 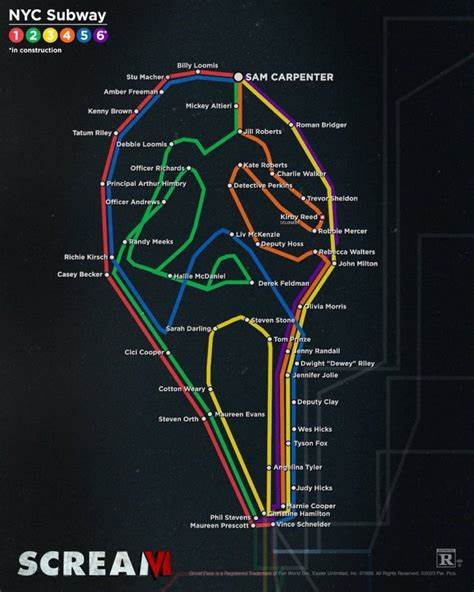