Damn The Dead by Phillip Tomaso

Phillip Tomasso is a fairly prolific author, especially in horror/supernatural categories. I added Damn the Dead to my reading queue months ago, and am just getting around to reading it. Evidently, although it is his new Arcadia series, it is a continuation in the sense that one of the main characters is from his Vaccination trilogy. That book is also on my to read list, but as I had scheduled Damn the Dead for this week it appears we’ll be looking at just how well this book stands apart from its predecessor.

*Damn The Dead marks the beginning of an exciting new stand-alone series from Phillip Tomasso and takes place some 3 years after the conclusion of the best-selling Vaccination Trilogy. Even in the heat of the zombie apocalypse, a time must come to rebuild. Charlene McKinney and her friends are on the run in the mountain ranges of North Carolina. They’ve stolen an 18 wheeler filled with food and supplies and the brutal gang they stole the vehicle from won’t give up until they get back what belongs to them. The band of survivors stumble across Arcadia, a fortified town erected deep in a valley. There is food, shelter and electricity. Arcadia is fully functional as a community. They offer employment, have a fire department, peace officers, and a judge. The welcome sign posted by the front entrance boasts 3 simple laws for citizenship. No stealing. No fighting. No murder. Seeking sanctuary within the walls of Arcadia seems like the perfect place to hide. But in Arcadia, if you break the law you will find yourself damned with the dead.

This book gets five points for originality, but I give it begrudgingly because the book wasn’t enjoyable despite the unique premise. The book was a dull read, I don’t care what 20+ (at the time of this article) Amazon reviewers say. The book starts out with an interesting idea, that the protagonist group of the story would be stealing from someone else. This isn’t something that I’ve seen in other zombie fiction which featured raiders or uninfected people fighting with one another in the wake of a zombie apocalypse. Their reasons for stealing are not revealed until the later part of the beginning, which was a nice touch. When the group encounters a town they are skeptical, as they should be, and the events that play out are much more predictable than I like. I realize that the narrator is a teenage female, but I would have enjoyed the story more if she had a more useful head on her shoulders. (It seems improbable that she would outlive her family but still be too clueless to pay attention to what is said in her presence.)

In addition, some of the survival aspects of the story were a bit off from my experience and there were a handful of editing mistakes that were irritating on top of my overall lack of engagement with the story. If you’re looking for an action-based adventure, this is not your book.

I didn’t really like Tomasso’s writing style. He jumps around quite a bit and doesn’t offer much direction or guidance before diving into the past or into memories. His use of detail was sparse and randomly placed, which didn’t help matters. This was one instance when dialogue could not completely carry the plot because the characters failed to pay attention to many things which were stated or referenced in dialogue and instead only mulled over the idea that they were missing something. Whether or not characters were described in detail was hit or miss, and the items which were actually provided were often fuzzy at best and didn’t paint the complete picture.

This was a bit more reliable than his character description. Tomasso was much better at describing the scenery and the appearance of the dead or other people than he opted to describe characters, which is troubling for those of us who like to feel that we are immersed in the environment and story as well as in the character’s head. Although the areas which featured description were relatively thorough, the lack of consistency made it difficult to connect with the novel as much as I might have hoped, given Tomasso’s reputation.

Overall the novel does stand on its own fairly well. There were moments when I thought ‘well, maybe the answer to my question/the motivation for this plot device/etc. was in one of the previous books and I’m missing it’ but no – it was to be revealed later on in a weirdly placed flash back sequence or memory. Although my review isn’t overtly negative, if you’re looking for a zombie book with a reasonable amount of action and a strong female lead character… This probably isn’t it. You’ll spend more time hearing about the politics of a new civilization and hearing memories of lives before the outbreak, despite the fact that one of the “rules” of the group is no sharing.

Note: Sorry I missed last week! This is book review post 1 of 2 for this week to make up for the absence.

← Prev: The New 'Friday the 13th' Will Not Be A... Next: 'Asmodexia' Brings A New Exciting Twist On The Exorcism Genre → 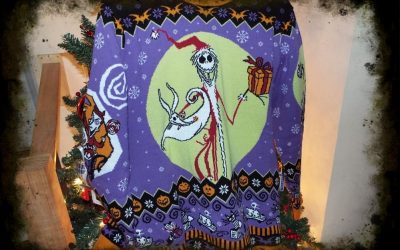