A rookie cop’s first shift happens to be on the last night of operation of the old police department. Officer Jessica Loren (Juliana Harkavy) is all alone, or is she? Her first shift is about to turn into a nightmare. When a 911 call comes in from a girl being held captive, the officer is unaware that voice on the other line is much more than a woman in need. The Officer’s shift is filled with horrifying sites and visitations from those passed. The question is, will she make it out alive?

Director Anthony DiBlasi, who also wrote the paranormal film, did a fantastic job. It’s not only creepy, but leaves you guessing. And that’s hard to do these days. Juliana Harkavy really got into her role as Officer Loren. The film is fast paced, well thought out and the back story ties everything together nicely. As for the special effects, I was impressed. They were simple yet very effective. The ending of ‘Last Shift’ is one that you would never see coming.

Films like ‘Last Shift’ prove that it is possible to make a quality horror film without a huge budget. I truly hope that we will see more horror films from DiBlasi in the future.

So, should you watch ‘Last Shift’ ? Yes, absolutely, you should see it, sooner rather than later! Lucky for you, it’s now available on Netflix from Magnet Releasing.

← Prev: The Unkindness Of Ravens Next: Filming Has Begun On 'The Conjuring 2' → 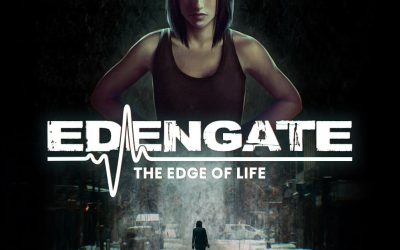