A Look At The Story Of H. H. Holmes America’s First Serial Killer On The Anniversary Of Death 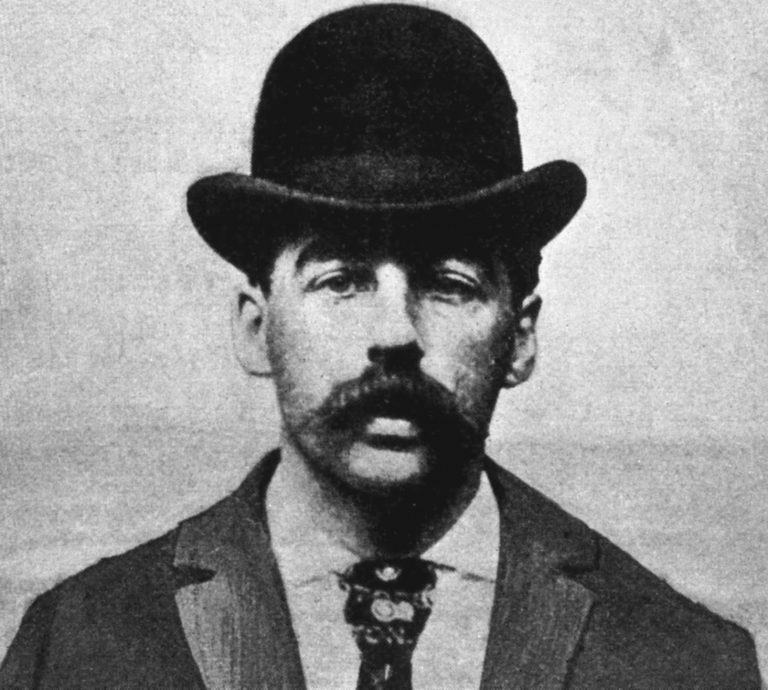 Today (May 7) marks the anniversary of the death of America’s first and most prolific serial killer, Henry H. Holmes. Born on May 16, 1861, as Herman Webster Mudgett, H. H. Holmes built a grand hotel, often referred to as “The Murder Castle”, which operated during the World’s Fair, a hotel built with murder in mind.

Holmes’ “Murder Castle” had hidden body shoots, and rooms that appeared normal, but were actually gas chambers. There was even a crematorium built into the basement so that he could dispose of bodies and evidence. Holmes would also kill guests, clean and bleach their bones, then sell their skeletons to medical schools and doctors. 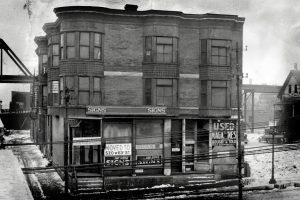 When police began to investigate the missing people, last seen checking into the hotel, Holmes fled. The hotel was then burned to the ground thanks to an unknown arsonist. Holmes was captured in 1895 and soon confessed to killing 27. However, officials believed that the real body count was actually over 200. including past wives and stepchildren. Holmes died with a noose around his neck on May 7, 1896, in Philadelphia.

During his interrogation, he had this to say: 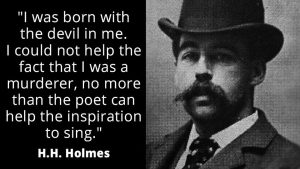 Director Martin Scorsese is teaming up once again with actor Leonardo DiCaprio for the upcoming film The Devil in the White City, in which DiCaprio will play the role of serial killer Henry H. Holmes. Paramount bought the rights to the 2003 book The Devil in the White City: Murder, Magic and Madness at the Fair That Changed America, written by Erik Larson, which inspired the screenplay written by Billy Ray (The Hunger Games).