While Hollywood is obsessed with putting things into tornados, the corners of the internet have a hidden gem, a webcomic titled Bearmageddon by Ethan Nicolle. Ethan has been making comics for years with his most notable work being Axe Cop that was created by his little brother (5 years old at the time) Malachai. 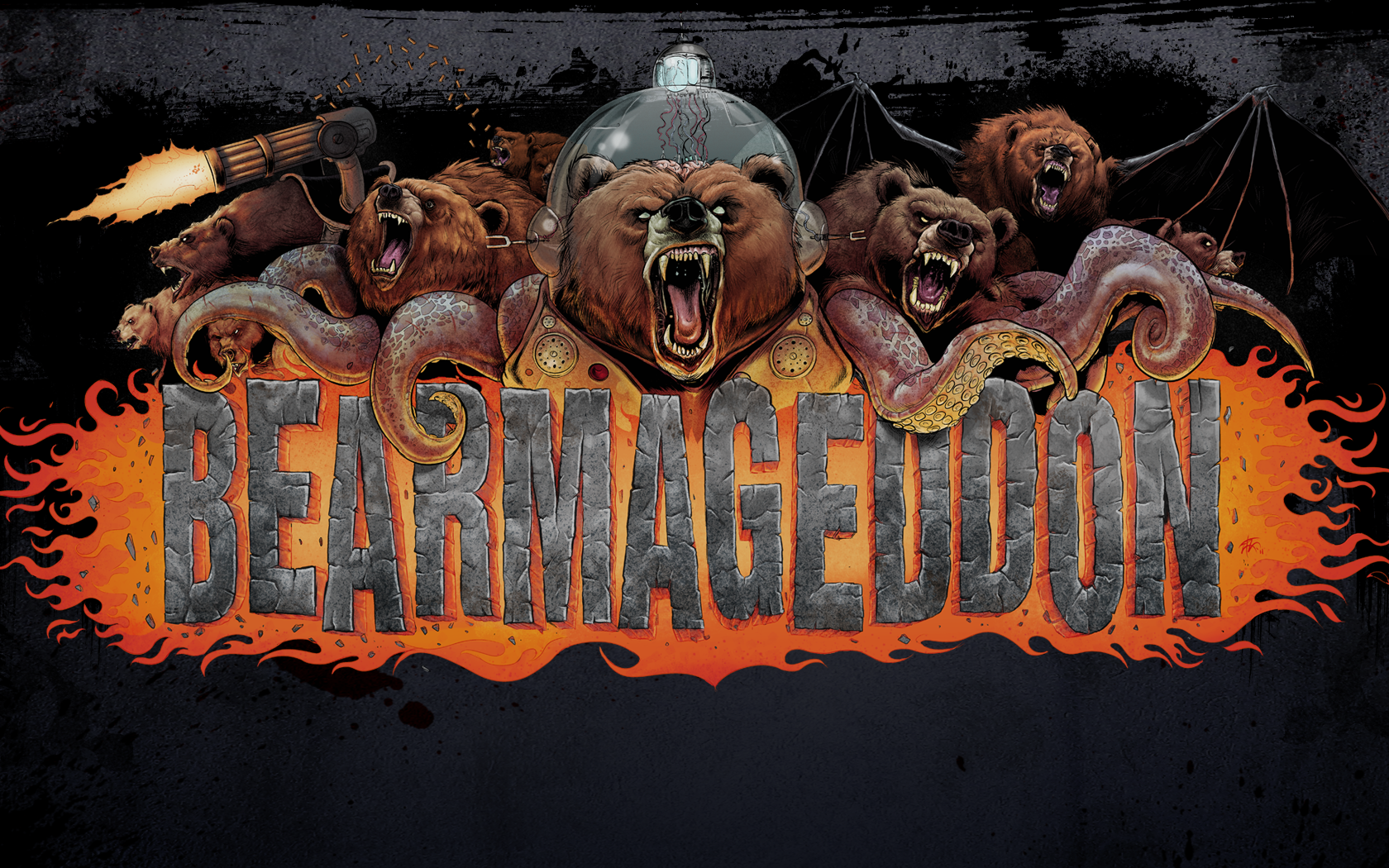 Bearmageddon is about the sudden uprising of Grizzly Bears besieging a city is mass numbers and our heroes are a couple of 20 something slackers and a mountain man. Joel and his friend Gogs (real name Jeremy) decided to quit their jobs and live out in the wild with their two other slacker friends. While attempting to start their new life they encounter killer bears and are saved by Dickinson Killdeer, a mountain man with no memory with how he started living in the wild but is willing to help Joel find his Father and little brother who have gone missing after the bears invaded the city.

Our heroes (from left) Joel, Gogs, and Dickinson

The bears have a strange intelligence that may be linked to an abandoned government project. Besides the increased inelegance, some of the bears have mutated having characteristics of other animals, there are bears that glide like flying squirrels, bears with octopus tentacles, bears that are moles, and bears with antlers. Though these characteristics and whole story sound funny, and at times there are some good laughs, there’s some decent horror and dramatic moments that keep you glued to the screen. The story is being presented well, the dialogue is good, and the art is amazing! 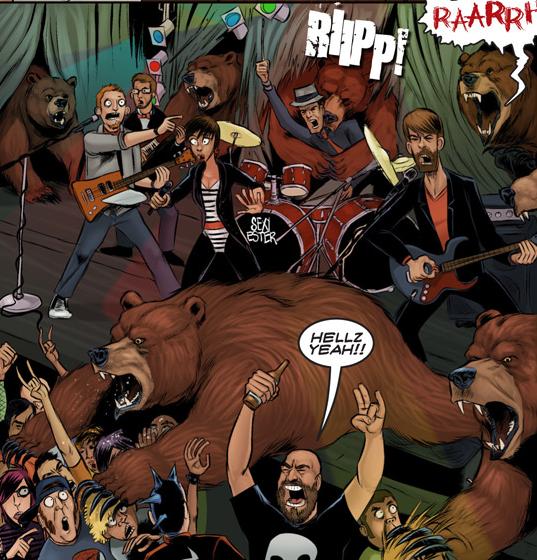 The perfect mixture of horror and comedy in one scene (my favorite personally, because the bald guy with the beard looks like me)

The story is currently ongoing but Ethan has a Patreon in which fans can donate to help the comic to be made and uploaded for free on the main website as well as Webtoons.com. Recently, a Kickstarter campaign started for Ethan’s book, BEARS WANT TO KILL YOU, a satirical survival guide to surviving bear attacks. I suggest going to the provided links and reading Bearmageddon for yourself, I really like the series so far and I look forward to more!