If you’re not new here you know we at Horror Fuel share a dark sense of humor that’s often shared by you the readers. Turns out there’s a company out there with the same sense of humor when it comes to their product, spring water. Let me introduce you to Liquid Death, a company and product with a unique approach to drinking spring water, by serving it in a can.

“A can?” you ask, yes in a can. Liquid Death was awesome enough to share with me their head-turning product to try and all I can say is, yeah it’s water, but you kinda feel like a badass drinking it!

The story behind the product is simple; Liquid Death does not want to use plastic bottles to sell their water because of the risk of the bottles ending up in the ocean along with other plastics. I know you’re saying “But plastic can be recycled!” yes and no. You can recycle plastic but companies only want to use certain types of plastics for their products resulting in other plastics ending up in landfills which run the risk of plastics ending up back in the environment.

So instead of plastic, Liquid Death uses a material that’s been reused for nearly a hundred years, aluminum! The tallboy cans are 16.9 FL.OZ. of instant thirst killing nirvana with an awesome font and artwork that makes it look like you’re chugging away the ultimate energy drink while in reality, you’re just first degree killing your thirst. If you read the can you get a graphically funny description of how the water (that comes from a spring in the Austrian Alps) is going to kill your thirst.

Size comparison to a Gamer Fuel can

The 12 pack comes in a cardboard box, which is awesome not just because of the artwork on it but it shows the company is keeping to their #DeathToPlastic view. The cans are a decent size so you don’t have too much or too little to drink. It is a bit of a mind-f*k when you drink it at first because you expect it to be carbonated but it’s not. The best part about the water being in a can is that it chills faster than in plastic! 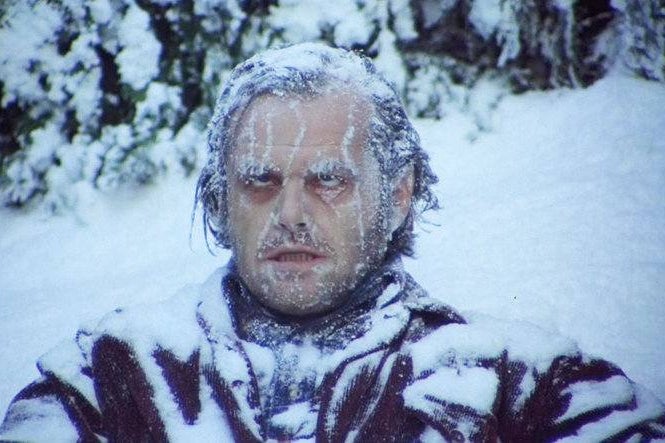 OK, Jack is a close second.

If you want another reason to give Liquid Death a try you should know that they donate portions of their proceeds to 5 Gyres and the Thirst Project. When you order your 12 pack you have a choice of either buying it as a onetime thing OR enroll in Auto-Death (a monthly auto-reorder).

If you end up liking Liquid Death as much as I have, you may want to consider selling your soul to them. Before some of you get upset (people have about this…seriously, check out the complaints they get on Facebook!) you’re just signing up to receive some awesome perks like access to certain items in the merch store that’s only available to those who joined, invites to private shows and events, and scoring a free VIP 12 pack on your first order.

If you want to turn heads when you walk into class, the gym, the office, or at a party, nothing would do that more than having a can of Liquid Death in your hand, who knows, you make some new friends, help save some undersea friends, and help a friend across said sea with getting some drinking water. Long story short, it’s a decent product with good intentions and amazingly funny/metal marketing!