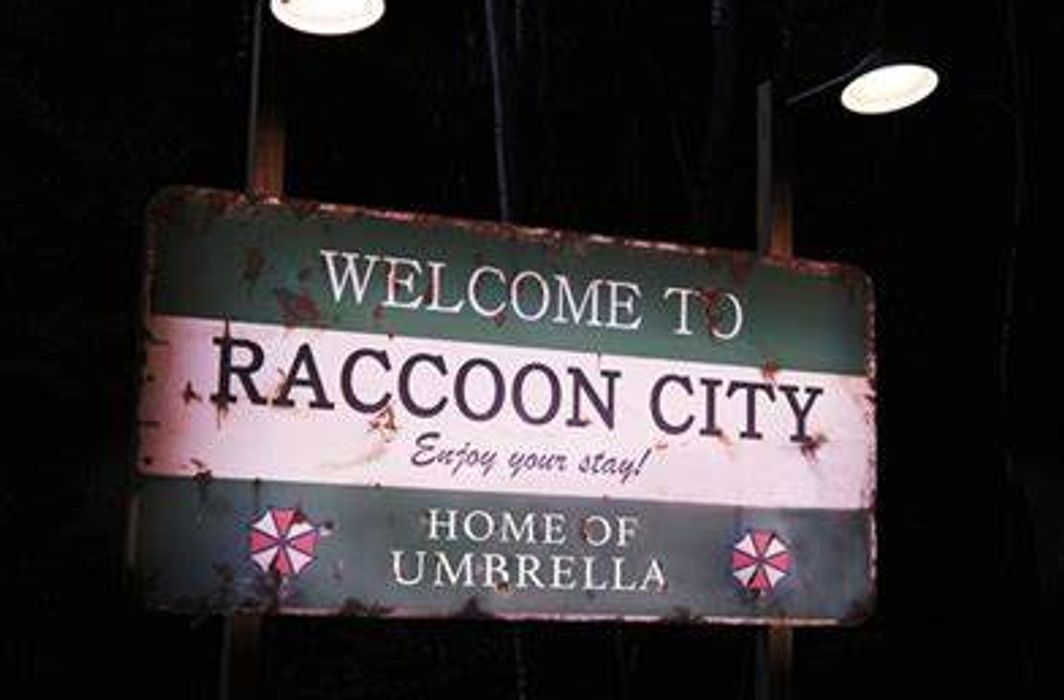 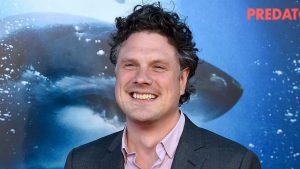 Director Johannes Roberts, known for his films 47 Meters Down and The Strangers: Prey at Night, is taking us back to Raccoon City this November with Sony’s Resident Evil: Welcome To Raccoon City. We sat down with Roberts to talk about the new movie, set to premiere on November 24, 2021, in theaters.

A new take on the gaming franchise, Welcome to Raccoon City takes us back to the Capcom games for the adaption, which has no connection to the Milla Jovovich starring franchise.

In the movie, “Once the booming home of pharmaceutical giant Umbrella Corporation, Raccoon City is now a dying Midwestern town. The company’s exodus left the city a wasteland…with great evil brewing below the surface. When that evil is unleashed, the townspeople are forever…changed…and a small group of survivors must work together to uncover the truth behind Umbrella and make it through the night.”

Kelli McNeely: “Thank you for taking the time to talk with me. It’s been a while since the last time we did this. The last time we talked it was about Strangers: Prey at Night, which I really enjoyed. Now, we’re here to talk about Resident Evil: Welcome to Raccoon City, which I’m looking forward to seeing. Tell us, what separates Welcome to Raccoon City from the rest of the movie franchise?”

Johannes Roberts: “It has nothing really to do with the first franchise. The others were very much their own thing, like a sci-fi sort of bright, shiny world that was very much built around Milla [Javovich] and the character Alice. Welcome to Raccoon City is very much a return to the dark, scary horror of the game. It’s really a faithful adaptation of the game. This is a horror movie that is very much rooted in the first two games.”

Kelli McNeely: “That sounds good to me. Will we see scenes in the movie that are straight out of the game?”

Johannes Roberts: “Absolutely, yes. When I started this thing, I knew that I wanted the police station from the second game and the mansion from the first game. I knew that had to be in the movie. We sort of created one big world that Capcom created when they rebooted the second game. I’m a massive gamer and when I played it, it blew me away. I knew this was what we based our movie around. I love the atmosphere, I love the feel of the game. And so the movie is really constructed around my love of the rebooted second game. And then, also my love of where I came into playing the first game back twenty-five ago. You will see things straight from those two games. There are so many Easter eggs and so many shots – the whole fabric of the movie bleeds Resident Evil.”

Kelli McNeely: “The Resident Evil games are huge. I know fans will be eager to see your adaptation. I’m really interested to see the special effects in the movie. There are so many cool monsters. Can you tell us anything?”

Johannes Roberts: “There are a lot of monsters. What I wanted to do with this movie is to scare people and disturb people. It’s a load of fun. Sometimes when you go with the big monsters, which are great. Sometimes the sheer terror drops off. We do go there – we have a lot of bigger creatures – but we also feature what I feel is the more terrifying aspects of the game, like Lisa Trevor, from the first game. I found it really disturbing as is her whole backstory. I really wanted to put that into the narrative. I use her as a real sort of cornerstone of how to deliver the horror in the movie. Her really disturbing character opens up the movie.

With the zombies, I was looking at shows like Chernobyl when I was looking at how to do them. I wanted to make zombies scary again, to make them really unpleasant, creepy. People are dying slowly. I really wanted a dark vibe. In what is actually a quite fun movie. I had my hands full with the number of monsters there were.”

Kelli McNeely: “How were they made? Was it CGI?”

Kelli McNeely: “There’s something about practical effects that make things feel real. What really inspired you to make the film? Was there a particular moment?”

Johannes Roberts: “I’ve always loved the Resident Evil world. For me, I’m a horror nut, more than anything. In the 90s, I found as a horror fan that horror was in a bad place. My heroes were struggling, like Romero. They were not finding their audience. I didn’t like Scream. They were reinventing horror in a way that was not my kind of horror. It felt like I didn’t understand the genre anymore. This game came out and it was in love with the same movies I was in love with. It was in love with Romero, dark, scary, gory horror. And I just really fell in love with it. We both just loved everything about it the horror world. I can feel it in the game. It’s become a real passion thing for me. Then to be offered the chance to reboot the series and to bring it back to where the games came from, it’s something I’m really honored to do. I’m really excited.”

Kelli McNeely: “You sound like a horror fan after my own heart. I love seeing franchises return to their roots to recapture their first romance with horror. We don’t get enough real horror movies these days, things feel a bit dialed back. And I can’t tell you how happy it makes me to hear a filmmaker be really excited about their projects, it doesn’t happen enough and it always shows in the movie itself.”