Movie Review: “The Righteous” (Blood in the Snow Film Festival) 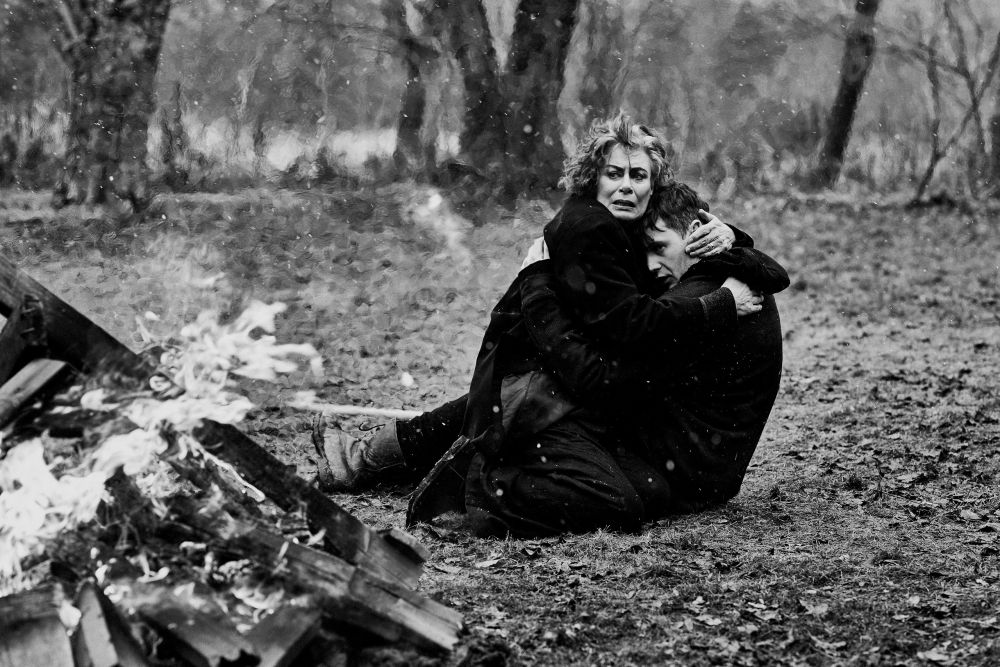 Writer/director Mark O’Brien’s The Righteous is a gripping, slow-burn gothic horror that examines the dark hearts of people and the secrets they hide. Conflicts in religious faith and the consequences of sins are at the forefront, with top-notch performances and brilliant use  of light and shadow driving the film.

Former priest Frederic Mason (Henry Czerny) left the church to marry his wife Ethel (Mimi Kuzyk). As the film opens, the two have just lost their young, adopted daughter in an accident. Frederic prays and seeks the advice of a practicing priest. Soon thereafter, a stranger who claims he is named Aaron Smith (O’Brien) shows up on the Mason’s property, injured and pleading for help.

Frederic uncharacteristically allows him to spend the night in their home, even lying to a local police officer who the couple knows well, saying that the man is someone he knows. Ethel is shocked by Frederic’s invitation but soon becomes fond of the young stranger, who ingratiates himself into her good graces. Meanwhile, his casual conversations with Frederic become increasingly tense and uncomfortable. To reveal more of the plot would be an injustice to future viewers.

The suspense mounts slowly, as I have mentioned, but steadily, with unease and dread thick from the opening scene. The mise-en-scène is mesmerizing throughout, with shadows and light hinting at good and evil, even though some realities are situated in a grey area. Scott McClellan’s black-and-white cinematography captures the proceedings in a stunning manner.

O’Brien’s film is heavy on dialogue, feeling at times like a play committed to film, but the gorgeous visuals make this a fully cinematic experience. The three leads do a marvelous job, with Czerny leading the way in an outstanding, multilayered performance. His chemistry with O’Brien in their game of psychological chess is terrific, and the same goes for his touching scenes with Kuzyk.

Recommended for those who appreciate philosophical musings with their fear fare and for those who love classic gothic horror, The Righteous is a battle of good vs. evil that is well worth placing on your need-to-see lists.

← Prev: Horror ‘Harland Manor’ Is Now Streaming On Tubi Next: Scout Taylor Compton Stars In ‘A Stalker In The House’ →