Movie Review: “Cats of the Bayou (ASMR)” (Another Hole in the Head Film Festival) 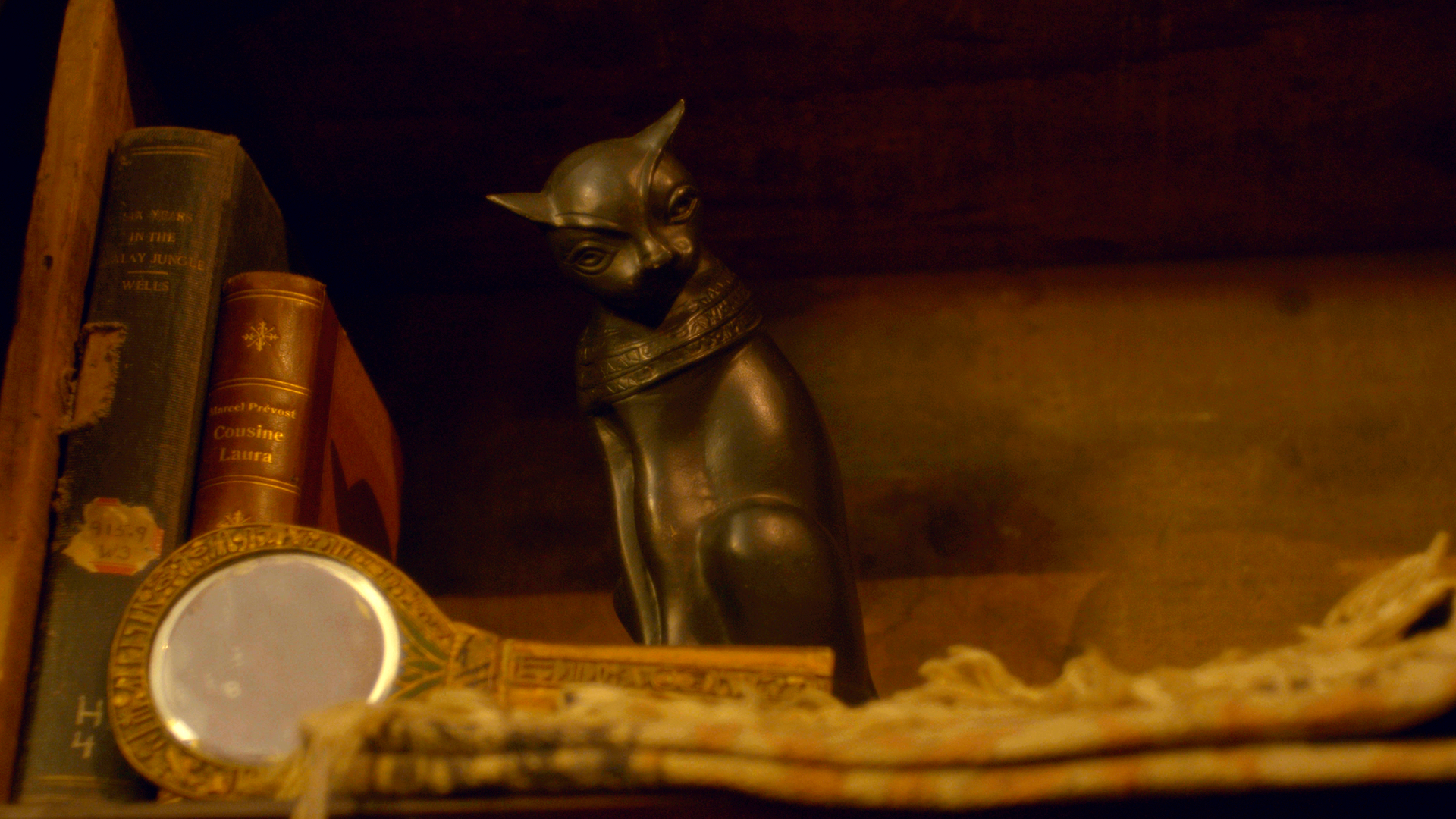 Writer/director Alexander Roman returns with another feature to warm the hearts of viewers who appreciate old-school occult movies and noir films with some modern twists, Cats of the Bayou (ASMR). Like Roman’s previous features, it deals in style and elegance, eschewing graphic gore and violence in favor of good storytelling and leaving certain elements to the imagination of viewers.

Members of a group called The Cat Society meet in New Orleans to listen to a tape from Egyptologist Horace, and then learn that one of their members has been found dead, with scratches all over his face and body. A few months later, a young woman named Jacqueline (Max Reeves) returns to the city, where she had lived as a child before being moved to an abbey. As she begins to become increasingly intrigued about the secretive Cat Society and its members, and as she starts to unearth shocking clues about the death of her parents, esoteric mysteries begin to unfold. I don’t want to give more of the plot, including who other characters are and their relationships, so as not to spoil the secrets that the story holds, but suffice it to say that there are almost as many characters here as in a Shakespeare play, along with no small amount of conspiracy and subterfuge.

The budgets for Roman’s films may be low, but he makes the most of them, including his use of mise-en-scène. He consistently finds impressive locales in which to shoot and pays great attention to set detail and costumes, all of which look terrific here. His eye for framing is also superb. What he did for old San Francisco in The Black Market: San Francisco (ASMR), he does for New Orleans here, with older footage of buildings and businesses helping to create a love letter to this city, which is rich in history and the unusual.

Many of the ensemble cast members from his previous films —  including Blackmail (ASMR) and The Black Market: San Francisco (ASMR) — return, including Reeves, Stevie Vallejo, Christina Ros, Jason X Moua, and Roman himself, to name but a few. These and the other ensemble actors from previous Roman films can always be counted on to give captivating performances, and this outing is no exception.

Cats of the Bayou (ASMR), like Roman’s previous neo-noir mystery The Black Market: San Francisco (ASMR), reviewed here, uses autonomous sensory meridian response (ASMR) elements to engage viewers deeper into the proceedings, making the sound design a highly important factor in the film’s presentation. As I mentioned in that review, I’m not greatly affected by ASMR — for example, I do not get the tingling sensation from it that some do — but the sound design does give Cats of the Bayou (ASMR) an aurally rich flavor — think of it as the acoustic version of 3D visuals.

Cats of the Bayou (ASMR) is another winner for Roman, and I can see its world opening up into a sequel. If you’re relishing something delightfully different, give this one a try.

Check out the trailer for Cats of the Bayou at https://vimeo.com/ondemand/catsofthebayouasmr

Cats of the Bayou (ASMR) screens as part of San Francisco’s Another Hole in the Head Film Festival, which takes place December 1st–15th, 2021 with an offering of over 25 features and 200+ short films. The majority of content will be available on-demand via the Eventive platform, plus live online screenings with audience interaction and filmmaker Q&A on the Zoom platform, plus the long-awaited theatrical screenings at New People Cinema in San Francisco’s Japantown. 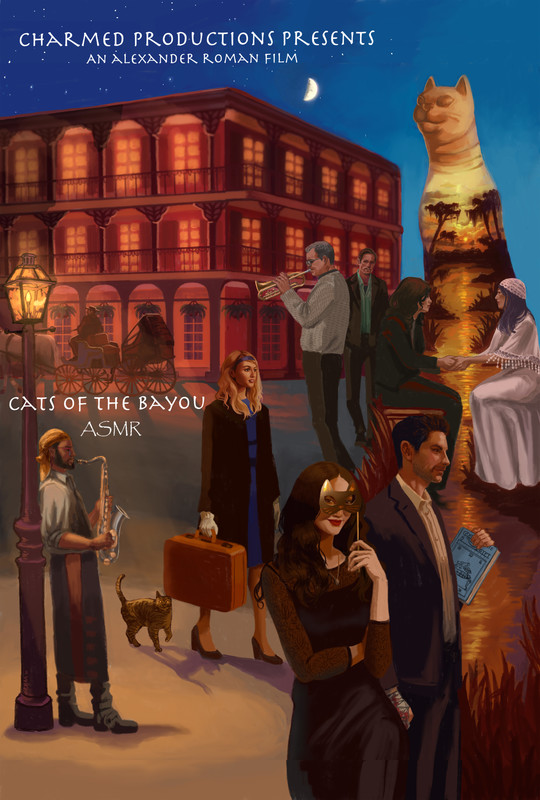