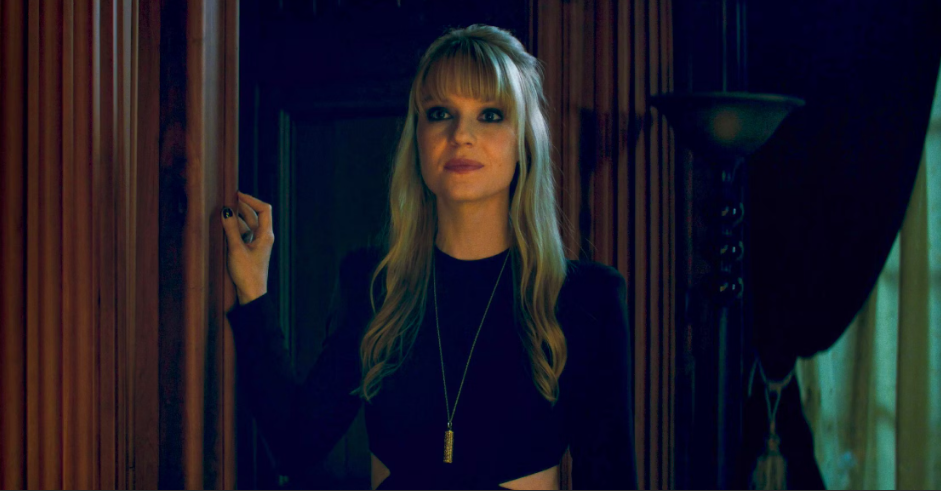 On September 9th, writer-director Neil LaBute’s new horror film House of Darkness opens in theaters, putting a unique and fresh spin on the vampire legend. In the film, after driving home to a woman’s secluded estate after meeting at a local bar, a player out to score thinks his beautiful, mysterious date will be another casual hook-up. While getting acquainted, their flirtation turns playful, sexy, and sinister. He’s hoping to get lucky, but his luck may have just run out.

Gia Crovatin, starring alongside Justin Long, Kate Bosworth, and Lucy Walters, sat down with us to discuss the film and her role in it.

Kelli: “If you will, tell our readers about ‘House of Darkness,’ from your point of view?”

Gia: “I think that the best way to describe the film would be to call it a kind of a modern-day, dark fairytale about a first date’s gone very, very wrong. Um, I think there’s a lot about fantasy. There are a lot of interesting things that pop up in Neil’s work that are in this movie, including male and female power dynamics. There’s a bit of mystery. There’s a bit of sexiness going on and it all kind of culminates in a reveal that says as much about our society as it does about the characters in the film.”

Kelli: “I think that’s a great answer. There’s one scene in which your character – I don’t want to spoil anything – but the way your Lucy tells that story that is very, very unnerving. I think that’s my favorite scene. It is just so damn intense.”

Gia: “Thank you for that. Uh, unnerving is great. You know, I think Lucy is an outsider who has a lot of time on her hands to think about her life and what’s happened, and why things have happened to her the way that they have. And that’s kind of the lens on the rest of the world. As people, we all bring our specific experiences in our history to kind of how we interpret what’s going on in the moment. I am a very bubbly kind of happy person in my everyday life and was more of an extrovert. She’s more of an introvert. And that always exciting to me to play somebody that I feel is different. And then, you know, as an actor, when someone puts a draft in front of you and there’s a four and a-half-page monologue, where no one else is talking and you’re supposed to telling a story, that’s keeping people interested, it scares the shit out of you as an actor. I couldn’t say no, I wanted to play that character so badly because she was so different than me and because there were so many challenges. Yeah, she’s pretty fascinating.”

Kelli: “It was a great story. I feel like it marks the climax of the film. I mean, that’s when shit really goes sideways.”

Gia: “I know, right? I mean, it’s kind of like to me. In that scene where they start to tell each other stories, that’s really sad when she lays out her case and explains where her faith in men died. It’s a heartbreaker really. You look at the way that we all carry every day, those tiny ways. And, and I think that she is able to find a release and finally tell her full story, maybe what gets her going. It’s like, ‘That happened and now I’m ready.’

Kelli: “I understand exactly what you mean. And let’s be honest, Justin Long’s character is such a douche. During that scene, it’s Lucy I feel for, not him. And the story felt so believable and just intense as hell. It’s fantastic.

What are you hoping that fans take away from the film?”

Gia: “For them to take anything away at all. It’s hard to get anybody’s attention these days. There are so many options when it comes to content and I would feel lucky about having any of their precious time. At the end of the day, there’s something honest about it and being open about her past and just owning up to his behavior, because Karma’s gonna come get that. That’s, it’s pretty, it’s pretty powerful with these kinds of honestness.

Kelli: “Very true. The film also says a lot about the fact that every woman has to deal with male chauvinist pigs.”

Gia: “Neil has history talking about the irreversible dynamic in women in a really interesting way. And I think that kind of in the direct lineage, like events where you, you know, in that movie, don’t necessarily come up for the guys and their bad behavior, and that, I think that that’s what just that it’s like enough is enough. But sometimes people have to take responsibility even when they’re not necessarily the person done the bad thing and have to recognize that there’s bad behavior all the time and it’s susceptible.”

Kelli: “Well, in Justin long’s case, he kind of deserves it. I was like, ‘God, he’s a douche. Why are they sitting there putting up with him? Then I understood.”

Gia: “Well, Justin’s kind of the perfect person for that because he’s he plays the “every guy” in the movie so well that kind of like the guy, you all know, he’s a good time guy. Justin’s so sweet. He seems like a perfectly reasonable and happy dude. And then he plays that kind of part a jerk or an asshole just starts to come in and before you know, it’s just like, wait, what, what monster have I arrived with? Um, he really nails that.”

Kelli: “Yes. he definitely does. He’s a great actor.”

Gia: “You know, Kelli, I know, you know this type of guy like Justin’s character.”

Gia: “You and me both. But then in some ways, they’re funny cuz well, you know, they’re just stupid.”

Kelli: “I think it’s safe to say every woman has met a man like Justin’s character.”

Kelli: “I have to mention that house. It’s incredible. It almost feels like a character itself.”

Gia: “I know. It is a castle in Arkansas. Do you believe it?”

Kelli: “Did you say Arkansas?”

Gia: “Arkansas. Yeah. There was even a night where there was like a tornado warning and they were like, ‘Everybody take cover!’ And we’re like in full costume and makeup running to bathrooms and getting into bathtubs, like shit, this really is a horror.”

Kelli: “No, that’s scary. And I’m sure it added tension during filming. That had to be intense.”

Kelli: “I understand. What will we see you in next”

Gia: I have another film coming out with Neil. It’s another horror. It’s about a bachelorette party. Ooh, and I’ve done some stuff recently. I was on the show, “Evil.”

Kelli: “I absolutely love that show. It’s so unique. It’s dark but fun.”

Gia: “Oh, you too? Well, I’m on that, season three episode seven. I’ve got a couple of other things coming up. So I’m around.”

Gia: “I totally agree. And the stories, the kind of the things ideological things that they’re in that are really cool.”

Kelli: “House of Darkness is unique too, the way it’s laid out. It’s not your average vampire story.”

Kelli: “True, very true. And I watch a little bit of everything. I watch so many movies. I get sick of seeing the same stories over and over.”

Gia Crovatin is right, I do see a lot of the “bad and the very ugly” when it comes to movies, but House of Darkness isn’t one of them. It’s so different from the vampire movies we see all the time that recycle the same plot. I strongly recommend you check it out. Luckily, you don’t have to wait long, House of Darkness opens in theaters on September 9th, followed by its release on Digital and On Demand on September 13, 2022.

To stay up to date on Gia’s projects and more be sure to follow her on Instagram. 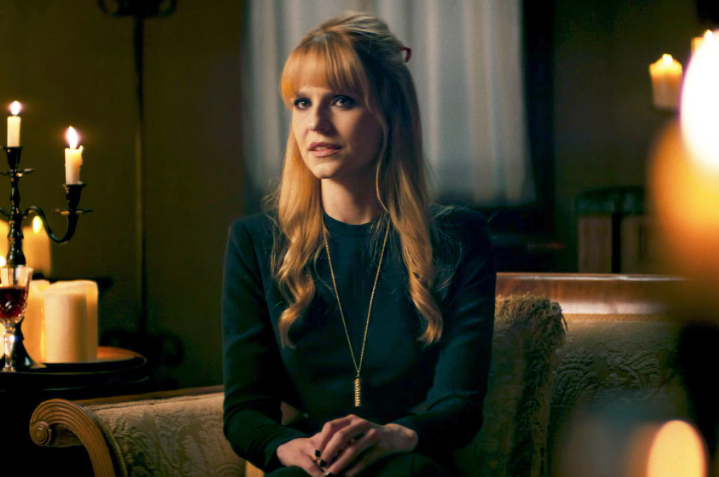