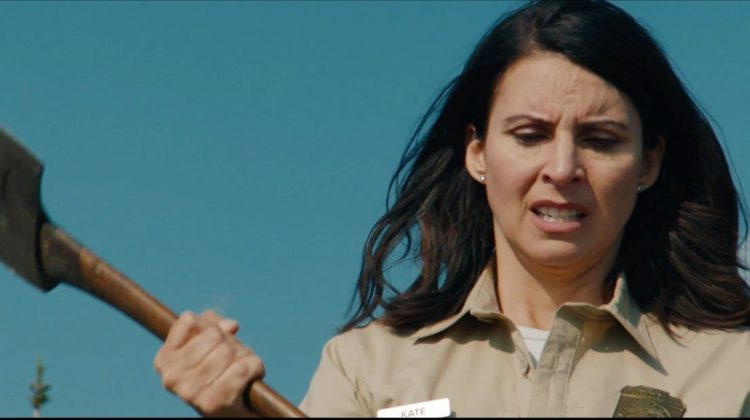 Sylvan/psychological horror Outpost (2022) follows the difficult journey of a woman who is a victim of domestic violence as she tries to flee from the perpetrator. Her psychological scars are not easy to heal, of course, and writer/director Joe Lo Truglio sends her on a path that is bound to make some viewers uncomfortable with the choices that both he and his protagonist make.

The woman in question is Kate (Beth Dover), who has signed up for a three months of volunteer duty as a forest fire lookout in a remote mountain area of Idaho. She hopes to be far away from her abusive boyfriend Mike (Tim Neff), who has gone missing and who she fears could track her down. Kate’s ranger boss Earl (Ato Essandoh) is the brother of her best friend Nic (Ta’Rea Campbell), and he knows well the sense of isolation that her task involves. Kate’s only nearby neighbor is a curmudgeonly widower named Reggie (Dylan Baker), who lives where he does to avoid people. Plagued by PTSD flashbacks, panic attacks, and increasing paranoia, Kate is suspicious as hikers wander into her territory, though she befriends a middle-aged one named Bertha (Becky Ann Baker). Living under spartan conditions and becoming increasingly territorial, Kate wrestles with her demons — with forces that may or may not be supernatural — influencing her fragile grip on reality.

Lo Truglio makes Kate a highly complicated character, as viewers can interpret her and her actions in multiple ways, which I won’t spoil here. On a surface level, Outpost is a wild ride of a chiller with madness and mayhem galore, boasting a fascinating, all-in performance from Dover that alone makes the film well worth seeking out. Those wishing to read further into symbolism and what Kate might represent will likely have a more bewildering or frustrating take, or an even stronger reaction. Well acted and helmed, with fine cinematography by Frank Barrera, Outpost is the type of film that viewers need to watch to see how it sits with them.

Outpost had its world premiere at FrightFest Halloween, which took place on October 29 at Cineworld, Leicester Square in London. 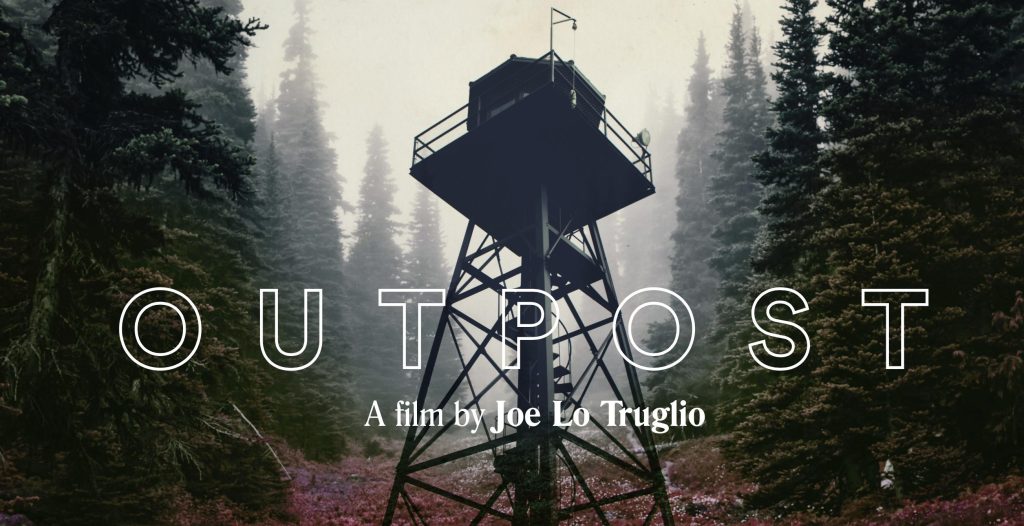 ← Prev: First Film Of New 'The Strangers' Trilogy Adds Award-Winner Rachel Shenton Next: Director Of 'Winnie the Pooh: Blood and Honey' Is Taking Aim At Peter Pan Next →