Once, many, many moons ago, I worked a temporary job at a call center, and it was the most soul-sucking employment I have ever experienced. Writer/director Samuel Rudykoff’s horror comedy Cruise ratchets up things to another level as his short sees employees at a scam cruise-contest call center lose their souls along with their lives if they don’t close calls successfully.  Jake (Chad Andrews) and Mark (Simon Pond) both give it their best shot, with an unforgiving supervisor (Ray James) keeping a close watch. The performances are all super solid, and Rudykoff does a great job building suspense while delivering laughs. 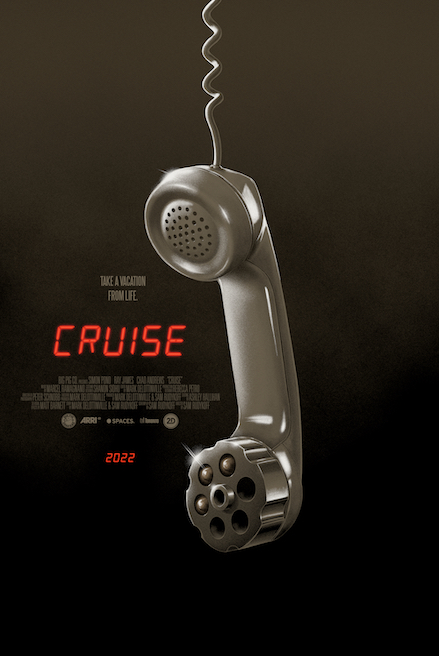 South African science fiction suspenser Exo Sapien, written and helmed by Fried Barry director/cowriter James C. Williamson, finds space explorer Cass (Lisa Scholtz) trying to survive on a hostile Earth after her vehicle crashes in a remote area. Suffering memory loss and being hunted down by scavengers and other dangers, she carries with her a mysterious box that continuously counts down. She believes something terrible will happen if it gets to zero without her resetting it. Williamson cranks up the tension and invests Exo Sapien with a good deal of mystery and, as well. A series adaptation is planned; with the seeds that Williamson has planted in this short and the world building shown, it should make for quite an intriguing vehicle.

Canadian short Smile takes a grim look at the horrors of depression as Anna (Konstantina Mantelos of Anything for Jackson) struggles to put the titular expression on her face. Impressive creature and gore effects are on display in writer/director Joanna Tsanis’ eerie film. 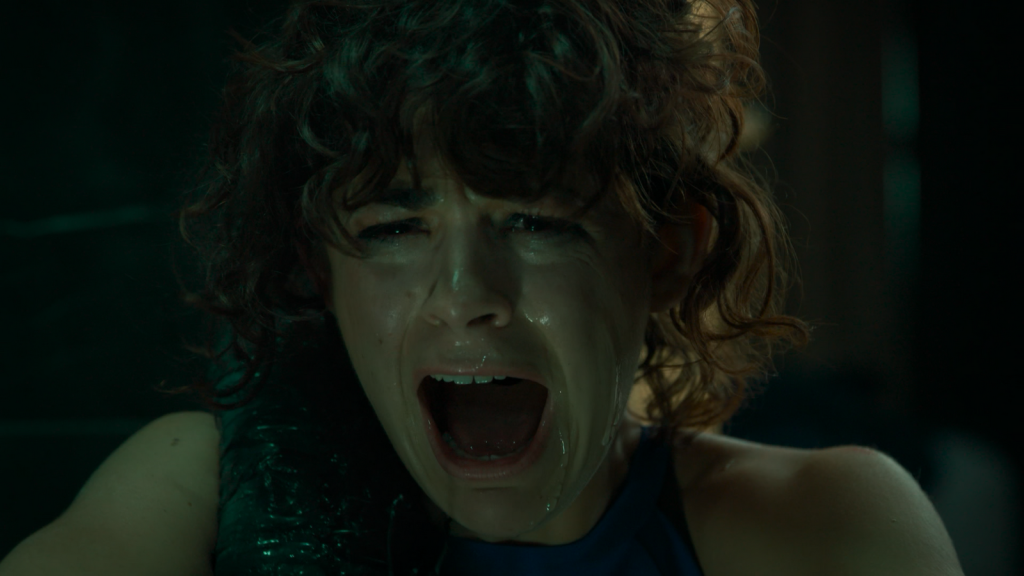 Sam (Sophia Capasso) visits her younger sister Caitlin (Annie Knox) in U.K. horror short Sucker, only to find that Caitlin is being controlled by a giant, voracious leech-like creature. Ickey, gloppy, goopy practical effects and excellent emotional and physical performances from Capasso and Knox work in tandem to make writer/director Alix Austin’s latest work one of the best creature feature shorts I have seen this year.

Red Is the Color of Beauty

Jennifer (Stella Baker) sees a necklace that she falls in love with while shopping at a mall, but Cheryl (Grace Rex) covets it as well, and seems to know something special about it. That’s the set-up for writer/director Beck Kitsis’ chilling horror effort, and telling you anything more about this short shocker would be spoiling things, indeed. There’s obviously more to learn about this piece of ruby-red — or would blood-red be more appropriate? — jewelry, and I’d be thrilled to see Kitsis tell us more in a feature-length version.