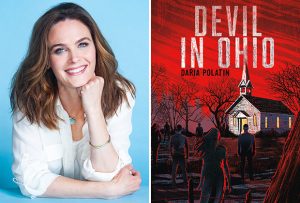 Screenwriter Daria Polatin who has worked on series like ‘Weeds’, ‘Dexter’, and most recently on Hulu’s ‘Shut Eye’ is on the verge of releasing her debut novel, ‘Devil In Ohio’.

← Prev: Groovy News, The Premiere Date For Season 3 Of 'Ash VS Evil Dead' Has Been Announced Next: 'BuzzFeed Unsolved: Supernatural' Returning For Its Third Season This Week →