Though straight-up American exorcism horror films after the classic The Exorcist have largely been rehashes of the usual tired tropes, scare-fare cinema dealing with demonic possession from different cultures and countries have often risen above the pack. Director Oliver Park’s The Offering is one such case, as it deals in Hasidic mysticism. Art (Nick Blood) returns to his family home — which houses a funeral home — ostensibly to reconcile with his Orthodox father Saul (Allan Corduner). Art’s pregnant wife Claire (Emily Wiseman), who Saul has had unkind words about in the past, is along for the trip, as well. Saul has softened his stance since the couple’s previous visit, but Art’s ulterior motives are bound to bring new conflict to the family. Meanwhile in Saul’s mortuary, the body of a man who practiced black magic in the film’s opening is in storage, and Art — yes, Art again — unwittingly unleashes a demon into the home. Hank Hoffman’s screenplay does a terrific job of balancing family drama with mounting tension steeped in traditional Jewish lore, and Park helms the film superbly. The cast members all give fine performances, including Paul Kaye as Saul’s assistant Heimish, who has little respect for, and much suspicion about, Art. Everything builds toward a corker of a third act. The Offering comes highly recommended for aficionados of haunted-house and possession horror as it is a slick, great-looking work boasting quality acting. Continuing with horror steeped in Jewish mysticism, writer/director Gabriel Bier Gislason’s Danish feature Attachment finds its characters having to deal with a dybbuk, an evil possession spirit. The film begins in Denmark, where Danish actress Maja (Josephine Park) and British student abroad Leah (Ellie Kendrick) have a meet-cute at a bookstore that quickly turns into a relationship. Maja and Leah return to the latter’s home in London, where Leah shares a flat with her overprotective mother, Chana (Sofie Gråbøl). Leah describes her mother as “weird,” and Maja can quickly concur, especially when she begins finding highly unusual objects in the upstairs bedroom that the two women share that she suspects Chana is placing there while they sleep. Maja tries to find answers with the help of local Orthodox bookstore owner Lev (David Dancik). It is difficult to explain much further about Attachment without heading into spoiler territory, so suffice it to say that Gislason provides plenty of eeriness, chills, and mystery balanced with intriguing LGBTQ romance, skeletons in the family closet, and codependency. The lead cast members are all superb, bringing a believability to their characters that ensures viewers will become highly invested in them. 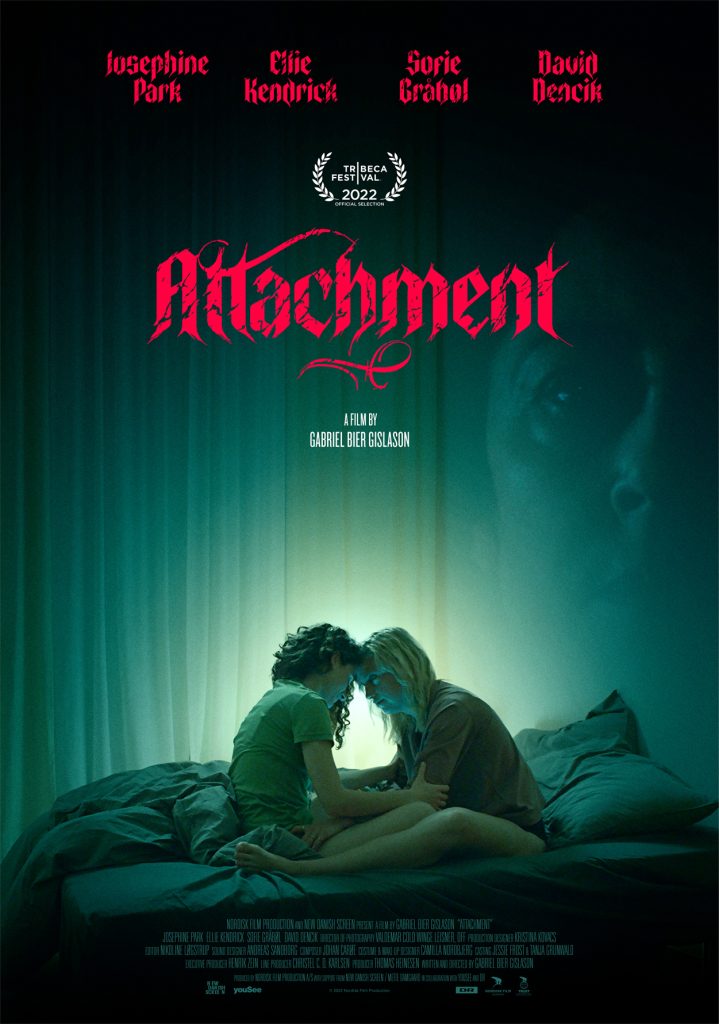