It’s October and that means it’s time to get into the spirit of the season, and obviously nothing gets you into the Halloween mood better than horror. Unfortunately when it comes to most live-action horror films, there’s only so much that can be done and shown, but thankfully of all things, Anime can cross the line with story, gore, and intriguing storytelling. So for every day this month, I’ll be featuring a unique Anime that fits the horror genre that you can most likely find on any streaming service. Let’s witness the horror genius at work in Junji Ito Collection!

Junji Ito Collection (2018) is an anthology series showcasing some of the works of horror manga legend Junji Ito. The stories featured are some of Ito’s notable works with some featuring a recurring character Souichi, a mischievous boy with supernatural powers that chews on iron nails who like nothing more than to cause problems with his classmates. 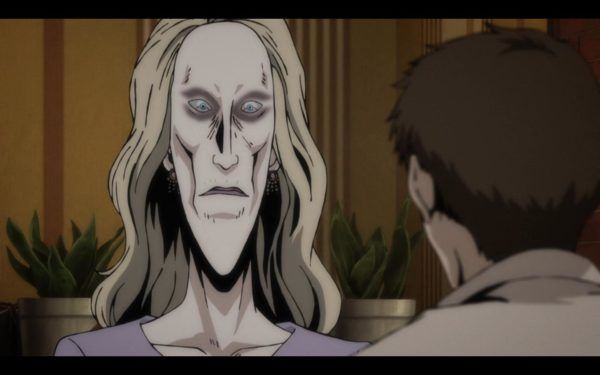 This 12 episode series will have your attention from the first story as Ito’s unique style will draw you in and make you either giggle at Sauichi’s silliness or cringe with fright.

← Prev: Mad Max Spin-Off 'Furiosa' Finds Its Star Next: From The Director Of 'Blood Feast' Comes A New Tale Of Terror, 'Blind' →