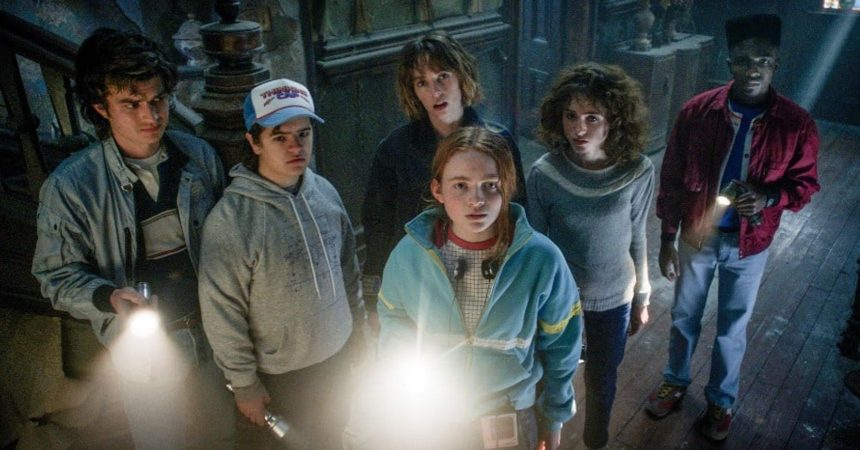 There are hundreds of shows to watch, but you may be wondering which genre series are actually worth watching. We’ve debated and now have a list of this year’s top 10 horror series that shouldn’t be missed.

This supernatural series, Epix’s most-watched series, has been renewed. “From” is set in a mysterious town that traps all who enters and leaves them trying to survive the monsters that come out at night. In season two, hidden truths about the nature and terrifying origins of the town begin to emerge, even as life for its residents is plunged into chaos by the arrival of mysterious newcomers.

Where to watch: Epix

9. The Bastard Son & The Devil Himself

Netflix’s new supernatural series “The Bastard Son & The Devil Himself,” based on Sally Green’s novel trilogy, is now streaming.

In the series, “Sixteen-year-old Nathan (Jay Lycurgo) is the illegitimate son of the world’s most dangerous witch. Fearing he will follow in his father’s footsteps, Nathan is closely monitored throughout his childhood. As the boundaries between ‘good’ and ‘bad’ fray, Nathan and mischievous Annalise, and charismatic Gabriel will soon discover who he truly is.

This dark, unnerving, and tense series from producer James Wan is based on the popular podcast of the same name and centers on a man that has been hired to restore a collection of damaged videotapes made by a documentary filmmaker named Melody Pendras (Dina Shihabi) in 1994 that looks into a cult at the Visser apartment building. Dan becomes obsessed with uncovering what happened to Melody and becomes convinced he can save her from the terrifying end she met 25 years ago.

The eleventh season of the hit anthology franchise takes us to New York City in the 80s for what, in the writer’s opinion, is the best season in years. Killers hunt gay men as they fight for their rights as the AIDS epidemic peaks. What makes this one of the best seasons? Character development is king this season, and emotions run high. The fact that it’s more realistic doesn’t hurt, making it easier to relate to the fantastic characters while getting your fill of horror. It almost feels like a companion piece to creator Ryan Murphy’s hit Netflix series “Monster: The Jeffrey Dahmer Story.” Murphy’s fascination with S&M and vinyl bodysuits plays a significant part this season, as in previous ones.

While the zombie genre has been saturated and fans have begun to become burned out, the Korean series “All of Us Are Dead” breathes new, terrifying, undead life back into the genre.

In the series, a zombie virus breaks out inside a school, leaving students fighting to survive and escape fast, ravenous zombies.

One of my favorites, Evil, was renewed following its third season, which took a darker tone than its previous seasons and continues to keep audiences hooked and begging for more.

In the series, A skeptical clinical psychologist joins a priest-in-training and a blue-collar contractor as they investigate supposed abnormal events, including demonic possession and other extraordinary occurrences, to see if there’s a scientific explanation or something genuinely supernatural’s at work.

Where to watch: Paramount+

This action-packed series about the dark side of superheroes is a must-watch. The series is currently gearing up for its fourth season and the premiere of its live-action spin-off. It also got an animated series in 2022.

Where to watch: Prime Video

There were a few things that got more buzz in 2022 than this true crime series, and rightfully so, which stars “AHS” regular Evan Peters as the infamous gay serial killer. The role marks Peters’ best performance to date.

She’s creepy, and she’s cooky… “Wednesday” leads the pack of this year’s picks. Not only is it a great series, but Wednesday’s dance scene has also gone viral, with people taking to social media to copy Jenna Ortega’s dance moves.

Wednesday is sent off to Nevermore Academy and attempts to thwart a monster on a killing spree that has terrorized the local town and solve the supernatural mystery that embroiled her parents 25 years ago while navigating her new and very tangled relationships.”

When it comes to horror series, you don’t get any better than “Stranger Things,” whose fourth season put us all through the wringer, broke our hearts, and whose finale left us begging for more. It’s a no-brainer that Netflix has renewed the series for its fifth season and final.

Season 4 is set “six months after the Battle of Starcourt brought terror and destruction to Hawkins. Struggling with the aftermath, our group of friends is separated for the first time – and navigating the complexities of high school hasn’t made things any easier. In this most vulnerable time, a new and horrifying supernatural threat surfaces, presenting a gruesome mystery that, if solved, might finally put an end to the horrors of the Upside Down.”

Status: Renewed for the final season