31 Days Of Anime Horror Part 29: ‘Unico And The Island Of Magic’

It’s October and that means it’s time to get into the spirit of the season, and obviously nothing gets you into the Halloween mood better than horror. Unfortunately when it comes to most live-action horror films, there’s only so much that can be done and shown, but thankfully of all things, Anime can cross the line with story, gore, and intriguing storytelling. So for every day this month, I’ll be featuring a unique Anime that fits the horror genre that you can most likely find on any streaming service. Let’s look at something that’s not really horror but was meant for little kids and was pretty goddamn terrifying, Unico and the Island of Magic.

Trust me, this is not as cute as it looks!

Unico and the Island of Magic (1983) is a children’s movie about a small unicorn named Unico who is living in exile and in this film was left in a forest and discovered by a little girl who takes him in as a pet where shortly afterward her missing brother returns under orders from his wizard master, Lord Kuruku, to turn every living thing into “living puppets” that are then made up build up his island.

This movie as I said was meant for children BUT it was terrifying as hell! Watching this movie from start to finish gives you the same creepy feeling you get from watching the nightmare scene from the Brave Little Toaster on loop!

← Prev: Loretta Devine Talks The Magic And The Horrors Of 'Spell' Next: From the Creator Of Final Destination Comes 'The Call' - Out This Halloween → 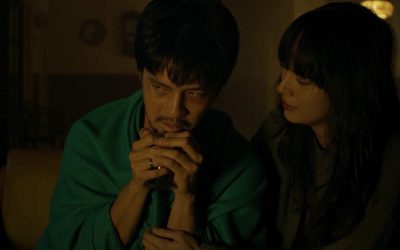 This January, two siblings find themselves in grave danger in the Indonesian horror film Death Knot.   In the...